“That’s the thing about depression: a human being can survive almost anything, as long as she sees the end in sight. But depression is so insidious, and it compounds daily, and it’s impossible to ever see the end.”

I debated a lot with myself over whether or not to write this post. If I don’t acknowledge that I have suffered from depression, then people won’t listen to what I have to say, but if I do acknowledge it, then it means that I’m “outing” myself to the people in my life that don’t know about that part of me.

However, ultimately my belief that this is an important topic that needs to be written about has outweighed any fears I had about facing judgement from my peers, because after all, it doesn’t really matter to me if people know that I suffer from depression from time to time. I’ve had this thing for 10 years; there’s not much point in keeping it a secret, and besides, this post isn’t about me: it’s for anybody who is struggling, who feels like they are the only one out there feeling this way.

So, from now on I want to address this post directly to all of you who are in a dark place and are reaching out to the blogosphere for answers: wherever you are, I feel you.

I know that depression is the worst feeling ever. I know that it’s a real illness, and I know that sometimes you physically cannot move out of bed because you just don’t have the strength to. I know what it feels like to see the world from behind a fog, and to feel disconnected from everything except your own despair.

I also know that if depression strikes when you’re travelling, it all just seems so unfair. You’ve saved so much money and spent months looking forward to this trip, and now you can’t enjoy it. You’re surrounded by backpackers having the time of their lives and you can’t even face being around them. You’re visiting the most beautiful places in the world, and everybody keeps telling you how lucky you are, but you just don’t feel it.

The depression itself is just exacerbated by the feeling that you should be enjoying every waking moment and that you shouldn’t be feeling this way when everything in your life is so perfect. Feelings of confusion, guilt and resentment of your illness all battle it out in your mind, fighting for the title of who can make you feel worse.

So what can you do to try and make those bad days a bit more bearable? Of course, for most people, depression won’t go away on its own, but there are still ways to manage it in order to try and make the most of your time.

This is a tough one to figure out, as sometimes that dead feeling inside just comes on suddenly, without warning, and you have no idea why, but I promise you there will have been some sort of trigger. Everybody has a running theme as to what kinds of things push their buttons, and if you manage to figure yours out, then not only will you be better equipped to avoid potentially triggering situations, but you’ll also be more aware of why you’ve started feeling low all of a sudden.

For example, a silly one of mine is sleep. If I don’t get a proper night’s sleep for more than two nights, I feel so unbelievably negative about everything, and my thoughts stop being my own. Now that I know this, it’s made it a lot easier to know when I’m legitimately upset about something, or whether it’s a low mood brought on by tiredness.

2. Stop Using the Word “Should”

Telling yourself things like this only places unnecessary pressure on yourself to feel a certain way, and you can bet your life savings that pressuring yourself is not going to help matters! Who cares if you don’t feel like doing an organised tour and you’d rather stay in bed watching Netflix and eating McDonald’s? Of course, if you’re doing this every single day then it becomes a problem, but if you need a couple of days to chill out on your own then there is nothing wrong with that.

Now I’m not saying that you have to speak to anybody. I understand that that may be impossible for you at the moment. But if you stay locked away in your room all day, you’ll only feel worse. All you want to do is read? That’s fine! But try and find a cafe or common area in your hostel where you can sit and be perfectly undisturbed, yet still remain in touch with humanity. I can’t stress how much this one helps me.

4. Be Careful What You Put in Your Body

You’re not at home. Chances are you don’t have medication in your bag or a therapist on speed dial. For now at least, your happiness is in your own hands, and so watching what you eat and drink at times like this is really important.

READ   5 Reasons Why Everybody Should Travel Alone

Don’t let yourself become dehydrated, don’t eat too much junk food and don’t mess around with alcohol too much if you’re feeling delicate! All of these things can have a huge impact on your mood so just be aware that drinking 6 energy drinks every day and never having any water is probably going to affect your mood!

When you’re in a foreign city, going somewhere is never simple. There are language barriers, crazy traffic rules (or lack of!), endless ways to get lost and unpredictable locals. Sounds like a nightmare right? Well it is, but I’ll tell you something, trying to get a simple errand done in a huge Asian city is a wonderful distraction from whatever you’re feeling. The energy that you need just to navigate your way around the city will make you forget that you were depressed in the first place!

Your depression is a part of you. It won’t be around all of the time, but sometimes it will. It’s like that annoying acquaintance that shows up uninvited once in a while – it’s irritating, but by ignoring it and accepting that it will pass, you can come to a grudging acceptance of it.

Blaming yourself for feeling a certain way, or fighting the way you feel will only make things worse. Just ride the wave, accept that you’re not going to feel great for a couple of days and try and get through the best you can.

And finally, know that you are not alone!

I guarantee that right now, as you read this, there are hundreds of other backpackers, lying in their dorm beds, feeling exactly the way that you do right now.

Remember that sometimes, those that laugh the loudest are fighting the biggest battles.

Know that even if you can’t think of a single person in your life that cares about you, then you are wrong.

Know that somebody, somewhere, is thinking about you.

Know that I am here for you, that I understand what you’re going through, and that while I can’t make it go away, what I can do is promise you that one day you won’t feel this way, and that that day is going to be sooner than you think.

Depression is a horrible, horrible illness, and unfortunately is one that not everybody understands. However, just because you suffer from depression does not mean that it has to ruin your trip. You have the power to overcome this thing. 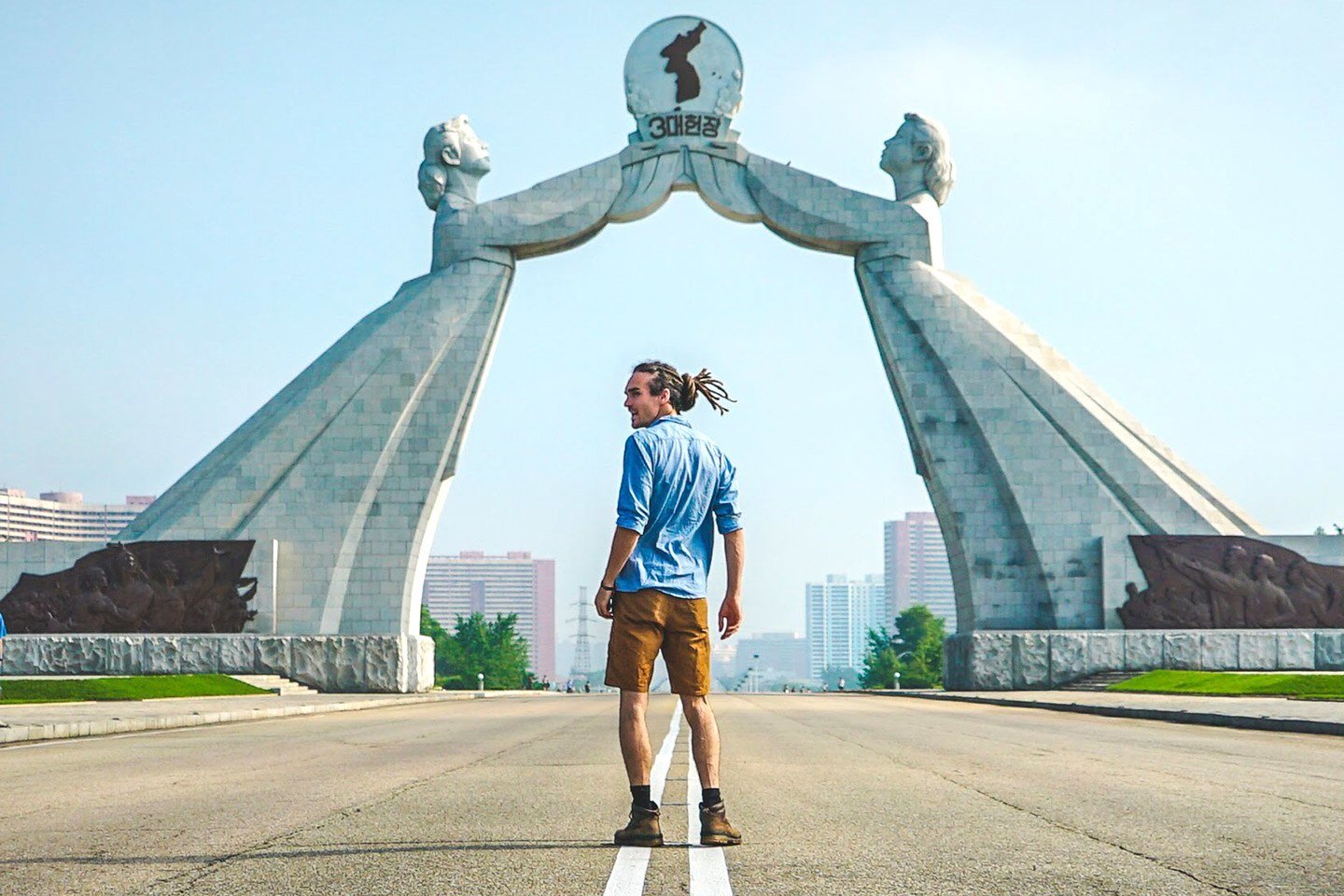 Should You Visit North Korea? 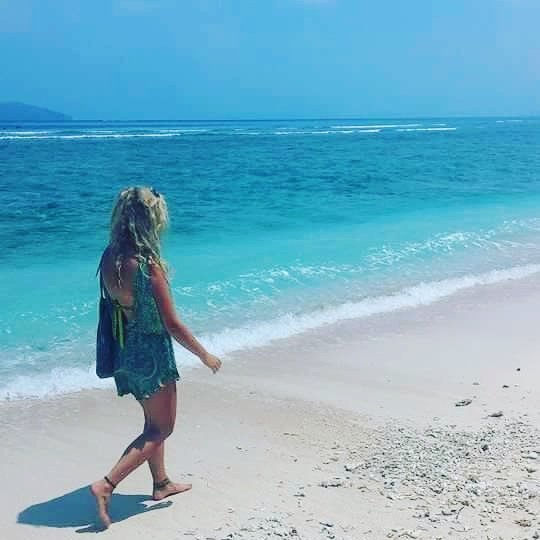 5 Reasons Why Everybody Should Travel Alone 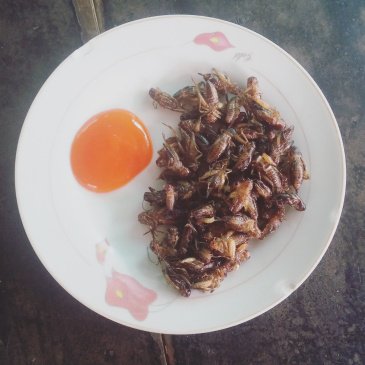