All I’ve ever wanted to do is travel. Despite the fact that I’m ‘so intelligent’ and got ‘such good grades’ and have ‘so much potential,’ I have only ever wanted to travel and fill myself up with the fruits of the world. I would be lying if I said that being rich was not my goal. However, I want to be rich with culture and experience; not money. I remember sitting down in a pretentious vegetarian cafe in Manchester’s Northern Quarter when I was 14 and writing down a list of all I wanted to see and do in my lifetime. A bucket list.

Something that I noticed, even back then, was that aside from a couple of things that were relatively easy (and predictable) like ‘get a tattoo,’ the vast majority of my list could not be completed here in the UK. It included ‘drink snake blood in Thailand’ (not done, although I did eat beetles and scorpions in Thailand!), ‘volunteer in Africa’ (done), and witness the vegetarian piercing festival in Phuket (failed, but I was in Koh Samui for Songkran, which kinda counts).

The only reason I went to university was because the Conservative government got elected in my final year of college and promised to hike the tuition fees up threefold. I didn’t want to discover that travelling wasn’t for me and then be stuck paying almost £10,000 a year for studies that would have cost me a third of the price 12 months earlier. Reluctantly, I enrolled at university and graduated three years later with a First Class degree.

Before the ink had even dried on my certificate (literally – I left the UK before my graduation ceremony), I went to Morocco, where I spent a few weeks volunteering at various schools, orphanages and youth centres around Marrakech. I was lucky enough to trek through the Atlas mountains, jump off waterfalls, stay with a Berber family and get close to the local homeless community. I learnt to make mint tea, cook tagine, speak Arabic and entertain classrooms full of excitable kids.

I got back to the UK, saved hard, and just a few short months later I travelled to Thailand with friends. We experienced the insanity that is Bangkok, before heading south to explore the white sandy beaches of the islands, and then flying north to Chiang Mai and Pai, where we trekked through jungles, visited hill tribes and got bamboo tattoos.

When I landed back in Manchester, complete with dreadlocks, ankle bracelets and tie-dye harem pants, I suddenly felt a bit lost. Two of my best friends had started a webdesign business together with huge clients such as HSBC, a classmate from uni had walked straight into a well-paid job doing what he loved, and another was completing her Masters degree and moving into a house with her long-term girlfriend and kitten.

Then people began asking me when I would get a ‘real’ job and settle down. They couldn’t understand why having a career didn’t seem to be my priority when I’d shown so much ‘potential’ at university. But here’s the thing – I did make gains in my so-called ‘career’ on leaving uni. I got published in The New Internationalist which has a circulation of 75,000, had a work of fiction published in an anthology of short stories, and secured a 12 month paid position at a women’s website, where my duties involved not only writing articles, but also editing content and managing the social media accounts of said magazine.

But none of that was for me.

As much as I was proud of my friends (and trust me, I want to burst with pride when I think about how well they’re doing), their daily routine just isn’t for me. I don’t want to work in an office, however fancy it is, and I don’t want to start building a life here in Manchester. Even living in MediaCityUK, where rubbing shoulders with television stars is a common occurrence and there is no shortage of bars and cafes, I wasn’t happy. Sure, I’m happy when I hang out with my friends and go to parties and try new restaurants, but it’s only ever temporary. I don’t wake up excited to see what the day has to offer.

I’m sure people will tell me that nobody does, but that’s just the thing: they do.

When I travel, I’m surrounded by people who can’t wait to seize the day. With people who have mapped out the city and know the best places to see, eat, drink and explore. With people who don’t care about office politics and promotions because they’re too busy learning a new extreme sport or trying a local delicacy. In Chiang Mai, when a huge fire destroyed a whole refugee camp, my friends and I hopped onto our motorbikes and sped round to see what we could do to help. Do you think that we would have done that in England? Of course not. We’d have seen the headlines, probably on Facebook, and continued scrolling down our newsfeeds to see embarrassing photographs of our friends on drunken nights out and umpteen pictures of someone’s ugly baby.

Moreover, people who travel are friendly. I could go about my business in Manchester every day for a month and not speak to a single person, but fly me to the other side of the world and I’d make a friend in minutes. Why? Because travellers love to meet people, share experiences and help each other out. When my friend fell and hurt her knee in Pai, a guy that we hardly knew drove us to his accommodation and patched her up before driving us home. When we got caught in a tropical storm with all our luggage in Phuket, a local let us stay in his beach hut until the skies cleared. Again, do you think that would happen in England? Of course not!

Travelling is one of the few things in the world that costs money but makes you rich in ways that nothing else can.

I don’t want to punch numbers behind a desk, waiting for the clock to strike 5:30 so that I can go home, watch soaps and then do the same thing again the next day. I want to swim with sharks, dance underneath the stars and not know where I’m going to be from one week to the next.

It’s not a life that’s for most people, and I know that the vast majority of my friends are confused as to why I’m no longer actively pursuing a writing career, or why I don’t seem concerned about meeting ‘the one’ and having to leave them behind to follow my dreams.

But the truth is that why would I pursue a career when it wouldn’t fulfill me? Why would I worry about finding ‘the one’ when (if there is a ‘one’) the one for me would more than likely be a fellow traveller who shares the same outlook on life?

I don’t want to work all week, surviving on coffee and nicotine, until Friday comes and I can get drunk ‘down the pub’ and do it all again the next week.

I want to learn about other cultures. I want to live with a Bedouin family in the desert in Jordan. I want to campaign with LGBT groups in Russia. I want to go to fetish parties in Amsterdam and get my diving qualifications in Asia. I want to work on farms and ranches in France, visit the real German markets and barbecue freshly caught fish on the beach. One guy I met travelling spent Christmas on a beach in Somalia, and why the hell not? Well – I guess with Somalia there may be a few reasons why not but that’s just what I loved about this guy’s stories. He didn’t let fear or danger stop him from doing anything. He just did it. I want to have done things, seen things and got the scars to prove it.

I want a scar from falling off a motorbike in Thailand, and one from where a wild monkey bit me, and one from where I got too sunburned. I want my tattoos to fade and my hair to grow tangled and my skin to become darker and darker. I want all that. And why? Because it will show that I have lived. I don’t want to spend my money on expensive face creams and salon treatments. I want to spend it on train tickets and mosquito repellent and hiking boots.

My soul aches for new climates and different time zones.

Already I have swam in Maya Bay, been cliff diving, visited hill tribes, been to Muay Thai boxing matches, spent money in Go Go bars, bathed in hot springs, played fire limbo on the beach, jumped off waterfalls, climbed mountains, worked in orphanages, rode elephants, shopped in souks, kissed snakes, ate scorpions, fed monkeys and yet I know that there are SO many more experiences out there, waiting to be touched, tasted and lived.

You can keep your office job. I need to chase the sun. 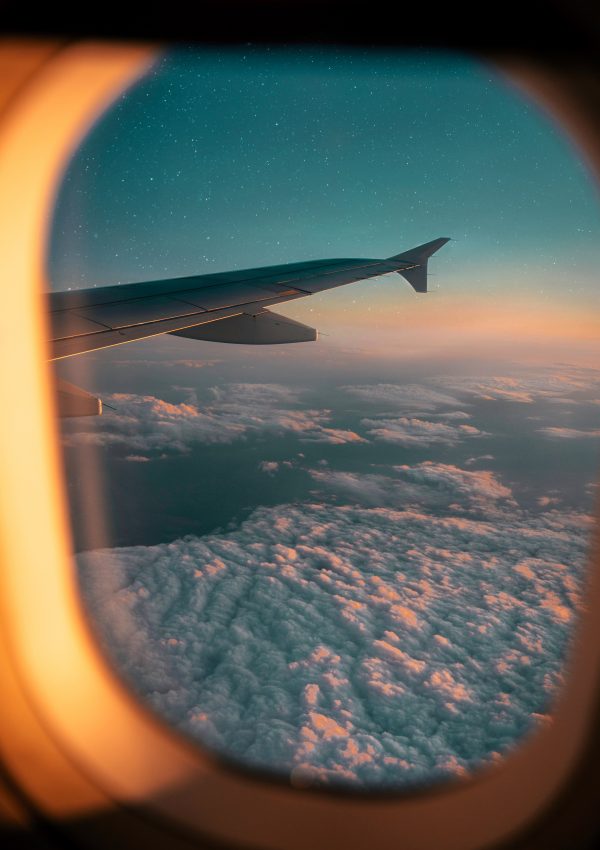 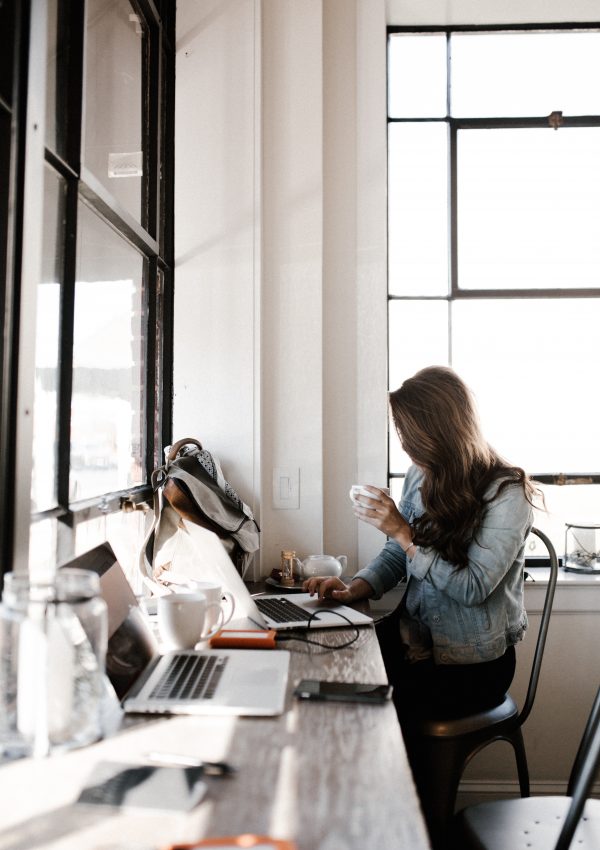 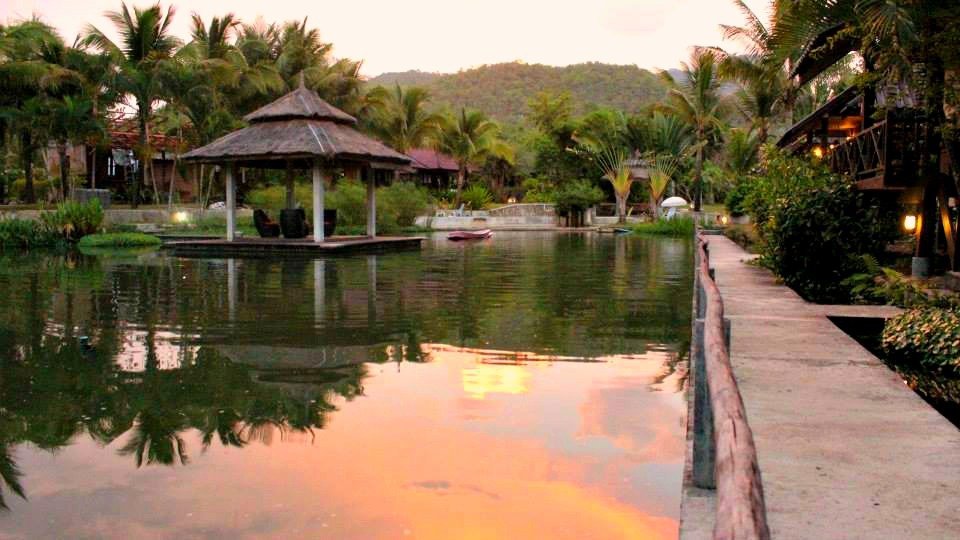