Dinner at Bodega Casa Montaña has been top of my list of things to do in Valencia for a while.

I’ve had my fair share of great tapas since living in Valencia, but I couldn’t rest until I’d experienced an evening at Casa Montaña, a Valencian institution that has been serving politicians, intellectuals and artists since 1836.

With an extensive wine collection, sourced from over 1000 wineries around the world (the wine cellar has around 20,000 bottles!), Bodega Casa Montaña is one of the most complete yet selective wine cellars in the entire country, with bottles of wine costing anything from 6 EUR to upwards of 5000 EUR – that’s some range indeed!

However, it isn’t just the wines that make Casa Montaña stand out.

Their traditional tapas dishes use ingredients sourced from farms across Europe by the owners’ themselves.

With fried anchovies from boats out of Castellón, dryland-farmed potatoes from Guadalaviar and cured meats from León, amongst other things, an evening at Casa Montaña is a gastronomic experience like no other.

I visited this past weekend with my boyfriend to enjoy one of their tasting menus. Here’s how it went.

As soon as you enter Casa Montaña, you will be transported back in time.

The main bar area, with its noisy atmosphere, high wooden stools and dozens of oak barrels filled with various wines, has the feel of an old-fashioned tavern, while the small dining area behind it feels like the drawing room of somebody very important.

Moving through this area, you will come to the main dining area, with just a few high tables and huge windows looking out onto the quiet street outside.

The middle room was where me and Ethan were seated, and we were both very happy about it!

Not only were we seated right in front of the huge shoulder of Iberian ham that a lady was diligently slicing, but we could also marvel at the huge collection of spirits on an old-fashioned dresser against the wall. It felt intimate, cosy and elegant.

However, as nice as the interior is, what you’re really here for is the food, so let’s get into it.

The Food at Casa Montaña

Ethan and I both opted for the 1836 Plus Tasting Set Menu, a selection of the restaurant’s most traditional tapas dishes since 1836.

I got the regular menu (40 EUR) and Ethan opted for the one that included a selection of 4 different wines (55 EUR), while I sipped on some ice-cool Cava from Utiel-Requena (17 EUR/bottle).

First were slices of raw Bluefin tuna, marinated in 7 spices and soaking in an exquisite extra virgin olive oil from Córdoba.

I’ve been a sashimi fan since the first ever time I tasted salmon sashimi covered in soy sauce at YO! Sushi, but I have never tried raw fish with olive oil before, and I have to say, I’m a fan.

We mopped up the remainder of the olive oil with hunks of warm crusty bread, and I felt as though I’d died and gone to heaven (give me a good olive oil and I’ll be yours forever).

Next we were each presented with a plate of Black Label, 100% Acorn-fed Iberian ham, the rarest, most expensive and highest-quality of Iberian ham there is.

Produced from free-range, 100% pure-bred, acorn-fed Iberian pigs, the shoulders are hung and dried for at least 24 months and are the finest of all Spanish ham types.

I’m a fan of cured meats anyway, but there is something to be said for feasting on the absolute best of the best after seeing it shaved right in front of your very eyes.

With a high amount of fat (another plus in my eyes), a delicate taste and a melt-in-your-mouth texture that I’ve never experienced with cured meat before, Casa Montaña’s Black Label Iberian ham is pretty damn special.

Next was a small bowl of Michirones, a traditional food from Murcia, Southern Spain.

Michirones is a rich winter stew made from dried broad beans, with chorizo, bacon, paprika, black pudding and garlic giving the sauce a hearty flavour.

While Ethan doesn’t generally like beans, the flavour of the sauce more than made up for it for him, and he used his last bit of bread to mop up every bit of it.

Next was a Spanish tapas classic – Patatas Bravas.

Served with the mandatory dollops of alioli and spicy red sauce, it was definitely bravas, but I won’t lie – it was a little underwhelming!

Unlike regular bravas, which are small and fluffy, the texture of these potatoes was hard and crumbly, and it was probably my least favourite of the 9 courses – whoops!

Codfish croquettes were next.

The addition of potatoes made them more similar to fishcakes than typical Spanish croquettes.

With a crunchy breadcrumb coating and subtle taste, they went really well with the leftover alioli from the patatas bravas.

A dish that I enjoyed more than I expected to was that of the handpicked red Piquillo Pepper, stuffed with tuna and béchamel sauce and fried in breadcrumbs, with a black olive tapenade garnish.

I’m not usually a fan of peppers, but the flavours of this dish really complimented each other and I would have had seconds if I could!

Another testament to the quality of the ingredients at Casa Montaña, the Piquillo Pepper is a Destination of Origin product from the town of Lodosa in Northern Spain.

It is so famous that it is often referred to as the ‘red gold’ of Lodosa, and it is a favourite of chefs all over the country due to its sweet and delicate taste.

The Lodosa Piquillo Pepper even has its very own festival, held in October every year, where people make all manner of dishes involving the pepper, from pepper ice cream to pepper pâté!

Next were fresh Piparra peppers with salt and a drizzle of olive oil, long green chilli peppers from Ibarra in the Basque Country.

With only a slight spice, these peppers are renowned in the culinary world, and they were a perfect refresher in between the rich courses!

It was finally time for the main event – sirloin steak, served in chunks with green garlic shoots.

The steak was medium rare, and while I would usually order it blue, I enjoyed it thoroughly.

Served in thick chunks and drizzled with olive oil and salt, it was juicy, bursting with flavour and the quality was just unreal.

Dessert was tocinito de cielo with traditional variety tomato jam (usually tocino but this was a smaller version!), which is a popular dessert in the south of Spain.

Similar to a flan or crème caramel, but made only with egg yolk, sugar and water, the result is a smooth and delicate custard that is so light, we were actually able to manage it after all the food we’d just consumed!

Its name actually means ‘Bacon from Heaven,’ which is odd considering it doesn’t contain any bacon!

After this, we were offered a coffee but we declined.

Ethan enjoyed his Mistela dessert wine and I finished off the last glass from the bottle of Cava.

I had been looking forward to visiting Bodega Casa Montaña for a long time (we actually tried to book a table for my birthday but it was full!), and it definitely didn’t disappoint.

Every single dish was delicious, but it was more than that – knowing that each ingredient had been carefully selected made the experience extra special, as did the fact that we had a mixture of both traditional Valencian foods as well as foods from other parts of the country.

One thing I liked in particular was that Casa Montaña have beautiful wines for every budget, so whether you want to pay 3 EUR a glass or 12 EUR a glass, you will find something to suit you.

I also loved the atmosphere at Casa Montaña.

The servers were friendly and attentive (especially the host who greeted us), and took the time to explain each dish to us.

Will I be visiting Bodega Casa Montaña again?

To find out more, you can visit Bodega Casa Montaña’s website here.

If you have any further questions about Casa Montaña then please don’t hesitate to ask me in the comments below! 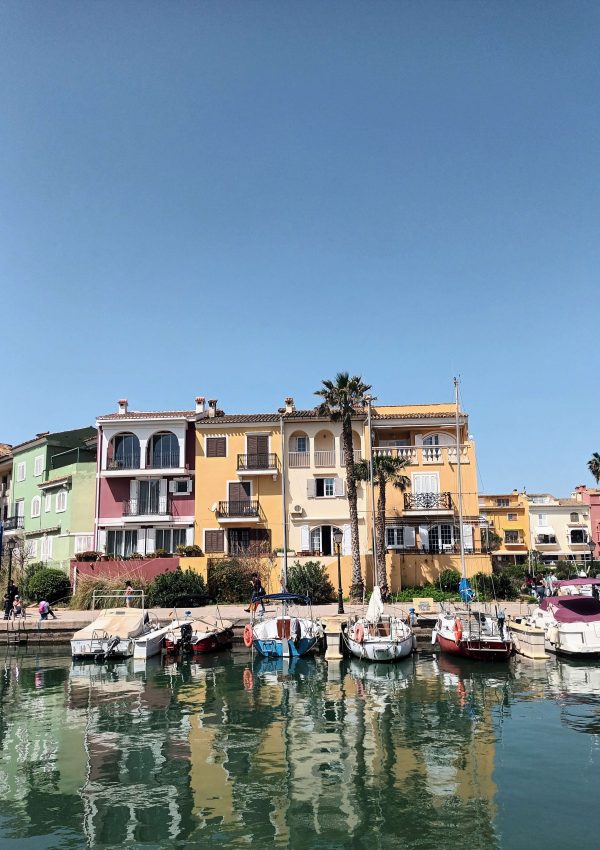 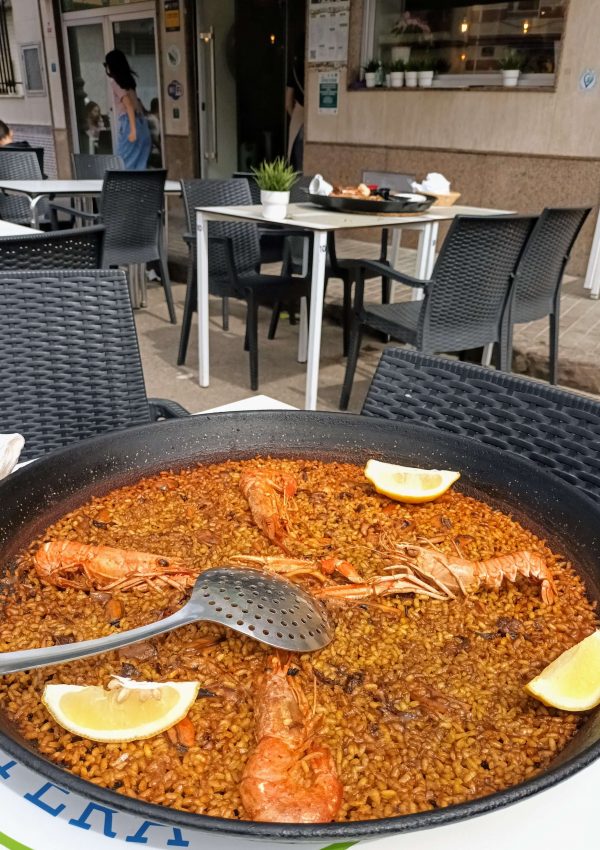 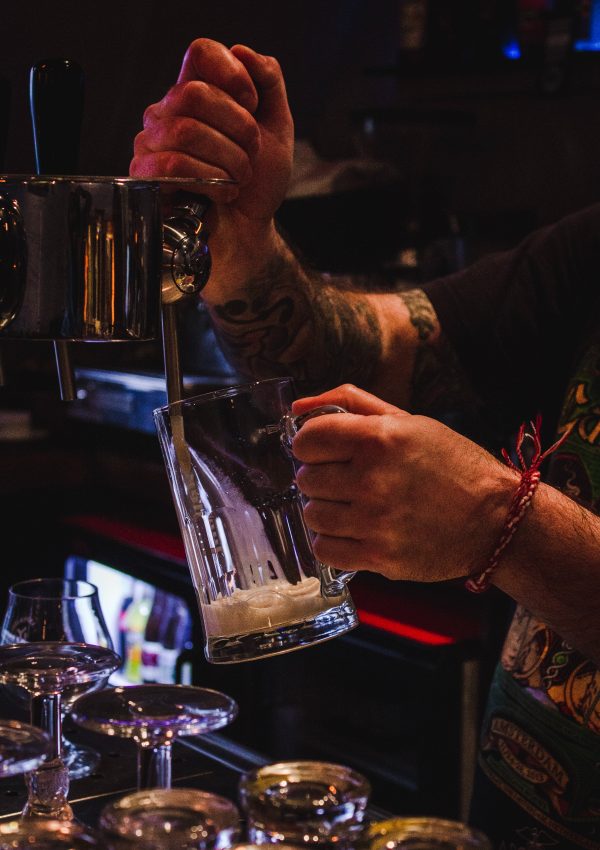 6 Sports Bars in Valencia to Watch the Football 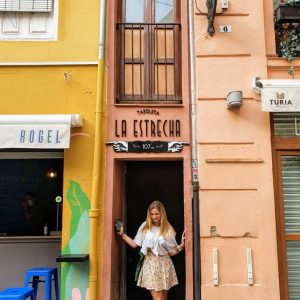