Picture Transylvania and what do you see? No doubt images of castles, medieval towns and rolling hills spring to mind, made all the more mystical and enticing by legends of bloodsucking vampires. Just the word Transylvania is enough to make us shudder in spooky delight as we picture Dracula himself in his castle, feasting on the blood of the young and innocent.

If you’d told me 10 years ago that I would actually be visiting the birthplace of Vlad Tepes, otherwise known as Vlad the Impaler, otherwise known as Vlad Dracula, I would have probably laughed in your face, but yet in May of this year I found myself in the city of Sighisoara, Romania, the magical Transylvanian city where Dracula himself was born.

Sighisoara, Romania and the Legend of Dracula

Of course, Count Dracula himself is no more than a character in Bram Stoker’s 1897 Gothic horror novel of the same name. In the book, Dracula lives in a castle in Transylvania and wishes to move to England to find fresh blood and spread his undead curse.

However, while Dracula is a work of fiction, the character of Count Dracula is said to have been based on a real person, Vlad Dracul, who was born in Sighisoara, Transylvania, in 1431.

Vlad Dracul 111 was a Romanian prince who earned his place in history by impaling his enemies alive. Becoming known as Vlad Tepes or Vlad the Impaler, Vlad Dracul defended his homeland by torturing and murdering any trespassers, impaling them and leaving them on the borders of his territory as a deterrent to any would-be invaders. It is believed that he executed between 40,000 and 100,000 people during his bloody reign of terror, and was even said to drink the blood of his victims from a bowl.

Some say that Vlad the Impaler was nothing more than a bloodthirsty barbarian, but he is considered a national hero in Romania for defending the country against brutal Ottoman attacks.

Today, visitors to Sighisoara can visit the actual house where Vlad the Impaler was born, and even pay to go up into the bedroom that was his until the age of 4 (more on that later!).

Getting to Sighisoara Romania

Situated inbetween the cities of Sibiu and Brasov, Sighisoara makes for an easy day trip from either, but I always recommend staying at least a couple of nights in any given place. Due to Sighisoara’s small size, one night is probably enough time if you’re on a tight schedule.

Sighisoara is accessible by train or bus from most major cities in Romania such as Bucharest, Sibiu and Brasov.

I actually took the bus from Brasov to Sighisoara. The journey time was just over two hours and I paid around five euros. Although it is possible to buy tickets online, it is just as easy to head straight to the station and pay at the ticket office there.

If you’re coming from Bucharest then expect a journey time of 5-6 hours or 2 hours from Sibiu.

My go-to website for public transport in Romania was Bus Radar.

Most travel blogs recommend hotels and guesthouses for a trip to Sighisoara, and while it is true that you can definitely find reasonably priced guesthouses in the historical centre of Sighisoara, as a solo traveller I always opt for hostels whenever I can.

The hostel that I stayed in was called Burg Hostel, and as far as I am aware it is the only hostel in Sighisoara. Located right in the medieval citadel, just next to Piata Cetatii (the main fortress square), Burg Hostel could not be in a better location and the attic rooms are super cute.

I visited in May which is off-season and so when I was there it was pretty quiet, but there is a large bar area that is a great place to meet other travellers in the busier months.

The only thing to beware is that with any accommodation in the medieval citadel, it is up a steep cobblestone hill from the bus station, and so walking with a heavy bag or suitcase isn’t the easiest!

Dating back to the late 12th century, Sighisoara was built by the Saxons and as of 1999 the entire historical centre is listed as a UNESCO World Heritage Site. Frequently named as one of the most well-preserved medieval citadels in all of Europe, visiting Sighisoara feels like stepping back in time.

With the use of vehicles inside the city walls severely restricted, it is possible to amble around the cobbled streets admiring the colourful buildings and artisan gifts without fear of being in anybody’s way, and as there are only around three main streets in the citadel, it is possible to see most of the main landmarks in just one afternoon.

Things to do in Sighisoara Romania

Something that you absolutely cannot miss when visiting Sighisoara is a visit to The Clock Tower of Sighisoara (Turnul cu Ceas in Romanian).

The original citadel of Sighisoara had 14 towers build by tradesmen to protect against attacks and invasions. The Clock Tower of Sighisoara is one of the 9 towers still standing in the city today, and for a small fee (3 EU) you can climb up to the viewing deck at the top and enjoy stunning panoramic views over the city of Sighisoara.

On the way upstairs, be sure to wander around the rooms inside the tower which make up the Sighisoara History Museum (included in the admission fee for the Clock Tower). The museum features many objects and artefacts made by master craftsmen (I remember some exceptionally scary gynaecological equipment!) and there are laminated information sheets in English, Spanish and German.

As you near the top of the tower it is possible to see the inner workings of the clock mechanism, as well as the seven creepy dolls inside which represent the seven days of the week, seven ancient gods, seven planets and seven basic metals.

If you’re into anything macabre like me, then it may please you to know that there is also a torture museum called The Torture Room inside the Clock Tower (at the bottom). This room is where prisoners were tortured and confessions were extorted back in the Middle Ages, and some of the torture instruments are on display. Unfortunately when I visited in the off-season the museum is closed, but it is usually open in the summer months.

The Sighisoara History Museum and viewing deck are open from 9am-6:30pm Tuesday-Friday and 10am-5:30pm Saturday-Sunday. In winter the tower closes early at 3pm.

Climb the Scholars’ Stairs to the Church on the Hill

The Scholars’ Stairs were originally built in 1642 as a safe passage and shield against the cruel winters for children and professors who had to follow the pathway up the hill to the school. Originally there were more than 300 steps but now only 176 remain.

At the top of the staircase there is the Church on the Hill (Biserica din Deal in Romanian), which is an old Gothic style church and the third largest in Transylvania. Inside the church you can find the only ancient Romanesque crypt in all of Transylvania, but unfortunately the church was closed when I ventured up there in the late afternoon.

At the top of the hill you can also find a German graveyard which provides the final resting place for the early German settlers in Sighisoara.

Wander the Fairytale Streets of the Medieval Citadel

Sighisoara Romania is one of those darling cities which is just a pleasure to amble slowly around, admiring the gorgeous colourful buildings, cobbled streets and secret alleyways.

In the centre of the citadel is Piata Cetatii, which is the main fortress square and was used in the past for street markets, craft fares, witch trials and public executions. Today, however, it is only home to a few touristy bars, gift shops and restaurants (I ate at a place called Taverna Romaneasca Piata Cetatii which serves huge portions of meaty deliciousness for reasonable prices – I ordered a huge pork knuckle with sauerkraut and was not disappointed!).

As you wander around Sighisoara, be sure to check out some of the gift shops – while most simply sell tacky vampire souvenirs, there are still some skilled craftsmen who produce high quality woodwork, textiles and ceramics, making Sighisoara a great spot to buy someone a traditional Saxon gift.

Forget Bran Castle, the real home of Dracula was right here in Sighisoara, and you can even go inside!

Nowadays the building is home to a restaurant named Casa Dracula which serves hearty dishes such as bean soup and beef goulash, as well as spooky delights such as ‘Dracula Dinner’ platters and ‘Vampire wine.’ Once you’ve eaten, make sure to pay a couple of euros and head upstairs to see the childhood bedroom of Vlad the Impaler, which is decked out like a dollar-store Halloween aisle.

Yes, the whole thing is tacky and yes it’s a massive tourist trap, but if you can’t visit a tourist trap in the birthplace of Dracula for heaven’s sake then when can you?!

From my experience, the food was pretty good (although I just got a chicken salad) and very reasonably priced, even if the staff were a bit useless.

On the first floor of Casa Dracula is also a Weapons Museum, which features an array of medieval weapons and showcases the development of weapons over the ages.

And there, my dear readers, concludes my mini guide to Sighisoara, Romania! As you can see, there isn’t a tonne of ‘things to do’ if you’re the type of traveller that likes to go around a city checking things off a list, but if you enjoy a slower pace, beautiful views and quaint restaurants then you can easily spend a couple of nights in Sighisoara.

I should reiterate that I visited Sighisoara in May as a solo traveller, and I found it quite difficult to meet people – my hostel was pretty much empty and there didn’t seem to be a Couchsurfing community or such where I could meet up with other solo travellers. Therefore, if you’re travelling alone, I would probably visit Sighisoara in the summer months, when you have more of a chance of meeting other backpackers!

I hope this post was useful in helping you plan your trip to Sighisoara, Romania! If you are interested in visiting Sighisoara then you may also like the cities of Plovdiv in Bulgaria and Berat and Gjirokaster in Albania.

If you have any thoughts then please let me know in the comments section below! 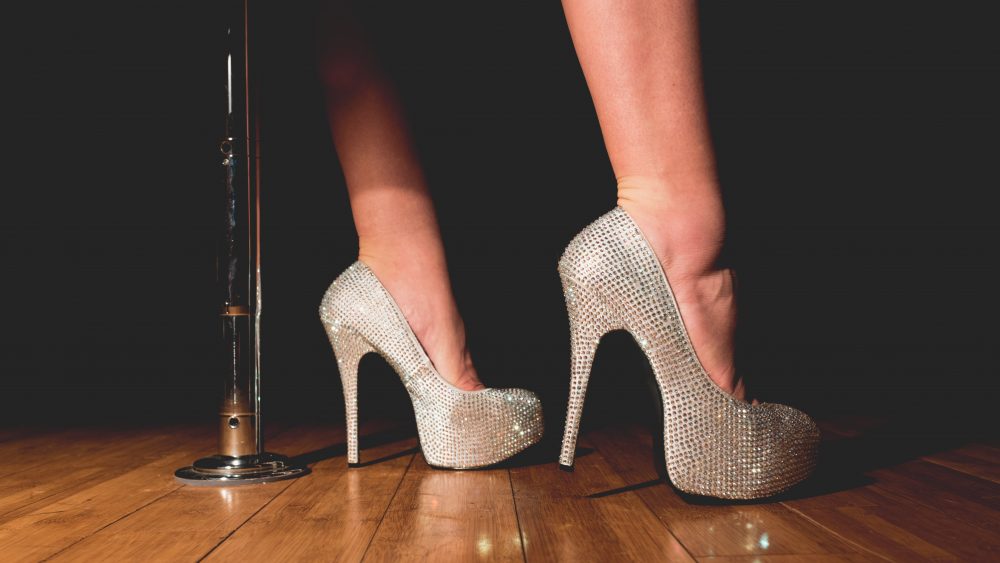