This is a guest post by Dave from Silverbackpacker.

Travelling Jezebel’s note: Although Belfast is so easily reached from my home city of Manchester, I still, at almost 30, have yet to visit the capital of Northern Ireland (shameful, I know!). However, after reading Dave’s recommendations for how to spend a weekend in Belfast, Belfast is now firmly on my radar, and I can’t wait to visit Belfast and see all of the things that Dave recommends!

I really enjoyed reading Dave’s article, and I hope that you do too!

A Weekend in Belfast | Exploring and Understanding Belfast in 2 Days

Beyond the pubs, live music and political murals, the capital of Northern Ireland has reinvented itself as a vibrant and interesting city, and exploring Belfast in 2 days is more than enough to give you an appreciation of the city.

If you arrive in Belfast in the late afternoon, your first impression, with the first hints of the upcoming night time, will leave you with no choice but to go for a walk and explore some of the old pubs in the capital of Ulster before everything goes silent at midnight.

Try Crown Liquor Saloon (Address: 46 Great Victoria Street), one of the most beautiful bars in the world according to the locals.

Much less baroque is Kelly’s Cellars (Address: 30 Bank Street), but nevertheless it’s a more than desirable option to listen to the best traditional Irish music live. And yes, with a couple of pints in your system, you’ll fall in love with the city and be ready to explore it in all its glory the next morning.

The trick works, and the traveller goes for a walk the next morning wanting to discover this small town of little more than 300,000 inhabitants where everything is a stone’s throw away.

The proliferation of low-cost airlines has made a weekend in Belfast a great city break option for many European travellers, and a possible non-traditional stopover for travellers from other latitudes.

A great way to begin the new day is by visiting St. George’s Market Belfast (Address: 10 East Bridge, Hours: 6.00 – 15.00), because there’s nothing better than a pint before going to bed, and a market to start the day.

Markets are a good way to take the pulse of any city, and also a great idea to spend those hours between sunrise and the hour in which monuments and museums open.

There are still plenty of fish, meat and vegetable stalls, but there are also good places to have an Ulster Fry breakfast and try the awesome local pastries.

From the market, go in search of the channel of the Logan River.

The Waterfront, as has happened in other European cities, has undergone a radical transformation and has ceased to be a decrepit port, and now become the ‘golden mile of the city’.

Walk north to the Lagan Weir, a modern footbridge that leads to the opposite bank of the river. But first, you have to take photos with Big Fish and make the inevitable comparison between the Albert Memory Clock and Big Ben in London.

It’s also a good idea to separate yourself by a couple of metres from the river to admire the superb Victorian architecture of Belfast Customs House, the old customs house of the city.

On the other side of the Logan is Titanic Quarter; an old area of shipyards and factories that, by the grace of real estate speculation, has become one of the thriving neighbourhoods of the city.

The famous ship, The Titanic Belfast, was built here (Address: 1 Queen’s Road) and the Titanic Museum Belfast is a modern museum offering abundant and extraordinary information about the world’s most famous ship during its time.

you can get your tickets to the titanic museum here

The Historic Centre and Botanic Gardens

Back to the west bank of the Logan, where we take a walk to the city centre.

Belfast City Hall (Address: Donegall Square) is a good place to venture back and forth from the small and charming historic centre of the city and see other notable buildings such as the Cathedral of Santa Ana (Address: Donegal Street), which presides over the city’s oldest streets.

You can also see restaurants, designer boutiques and art galleries, or the Grand Opera House (Address: 2 Great Victoria Street, Hours: LD 10.00 – 17.00), which beyond its architectural value, has an excellent cafeteria should you need a break.

The railway line that leads to Derry divides the city in two.

The main attraction of this part of the city are the Botanic Gardens (Access via University Road), a huge park that, besides housing the botanical garden of the city, is the home of the Ulster Museum Belfast.

The Ulster Museum has a remarkable artistic collection that goes from the archaeological remains of the country and cultures like the Egyptians or the Greek, to fossils of dinosaurs, and the remains of the Spanish ships of The Invincible Armada.

Admission to the Ulster Museum is free, so if you’re looking for free things to do in Belfast then make sure to add it to your list!

An easy way to see all of Belfast’s main attractions is to buy a hop-on hop-off bus ticket, to save your poor feet a lot of walking!

buy a hop-on hop-off bus ticket to save your tired feet here!

The City of ‘Problems’

Crossing under the Westlink motorway takes you immediately to another and completely different Belfast.

The cityscape changes and Victorian-inspired buildings and large shopping malls give way to small blocks of terraced houses.

We are only a kilometre from the ‘Waterfront’ and it has been a mere 20 minute stroll down Castle Street when we suddenly come upon this section of the city that takes us back years to the time of The Troubles; a euphemism with which locals refer to the conflict between pro-British and Republican unionists.

The Troubles hit Northern Ireland for decades and reached levels of extreme violence, both in Belfast itself and the neighbouring city of Derry, the epicentre of a conflict that claimed more than 3,500 lives during 30 years of confrontation.

Falls Road is the backbone of the old republican fiefdoms. A couple of minutes after crossing under the freeway we are faced with the ‘International Wall’ or ‘Solidarity Wall,’ the first of more than 2000 murals of political content that adorn the walls of the main stages of ‘The Troubles’. Mandela, Salvador Allende, the Irish who fought in the Civil War to defend the Spanish Republic.

Street art became, in this part of the city, a fighting weapon. At Falls Road, on the corner of Sevastopol Street is the mural dedicated to the figure of Bobby Sands, which adorns one of the walls of Sinn Fein, an Irish Republican party that advocates the incorporation of Northern Ireland into the Irish Republic.

On the north side, metal fences served to keep the two communities apart. As with the Republican murals, unionist panels are scattered throughout the neighbourhood, although the best of them are concentrated on Shankill Road and in the vicinity of Shankill Parade.

The area is safe although the Unionist neighbourhood is less frequented by travellers.

Of course, if you’re spending longer than a weekend in Belfast, or you want to get out of the city and explore Northern Ireland, a Giant’s Causeway tour is one of the most popular day trips from Belfast, and you can also combine a visit to Giant’s Causeway with a Game of Thrones tour if you so wish!

A Weekend in Belfast | Final Thoughts

While it is definitely recommended to spend longer than a weekend in Belfast, I hope that this (very) loose Belfast itinerary has given you a few ideas of how to spend 2 days in Belfast and see the major sights without feeling too rushed.

Do you have any other recommendations for what to do during a weekend in Belfast? Leave your thoughts in the comments section below!

Dave is a freelance travel writer, blogger and photographer who has been blogging as the Silverbackpacker since 2008.

He has a strong passion for eco-tourism, aims to promote responsible travel experiences, and often steps out of his comfort zone to try new things.

Disclaimer: Travelling Jezebel uses affiliate links. This means that if you make a purchase on a recommended site then I may make a small commission at no extra cost to you. All images used in this article are by K. Mitch Hodge on Unsplash. 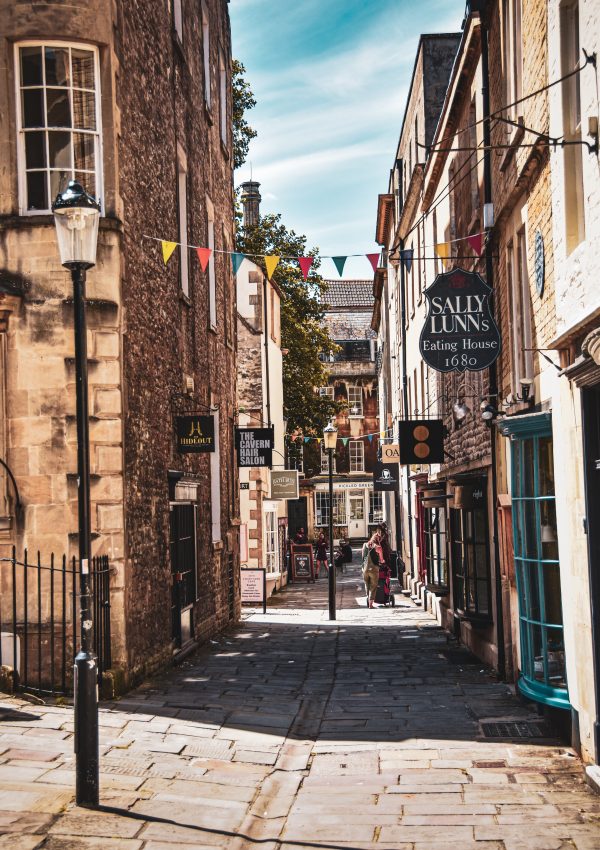 10 Places to Include on a Tour of England 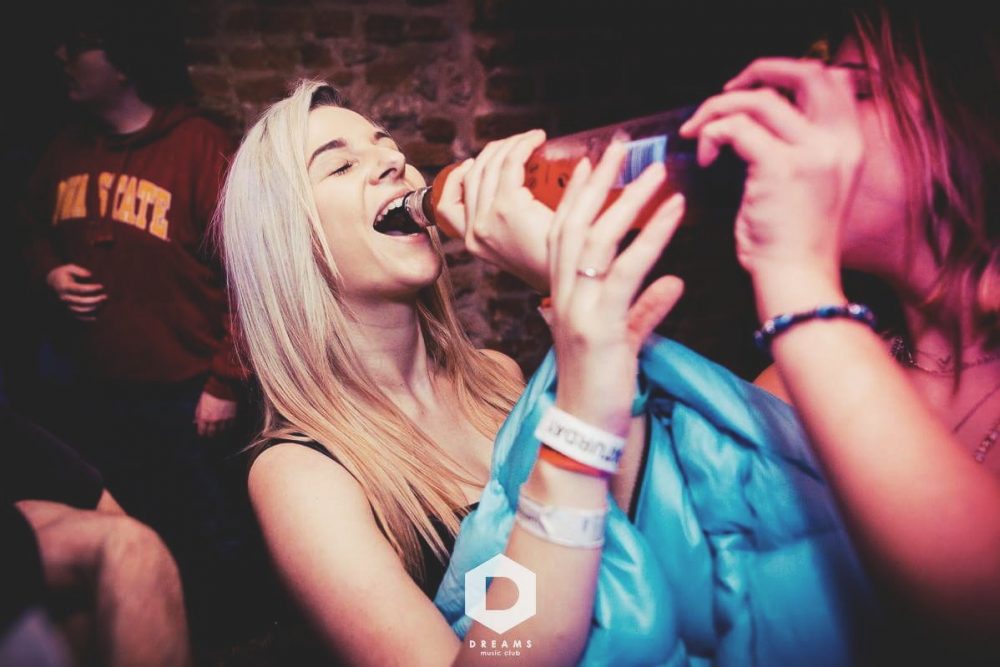 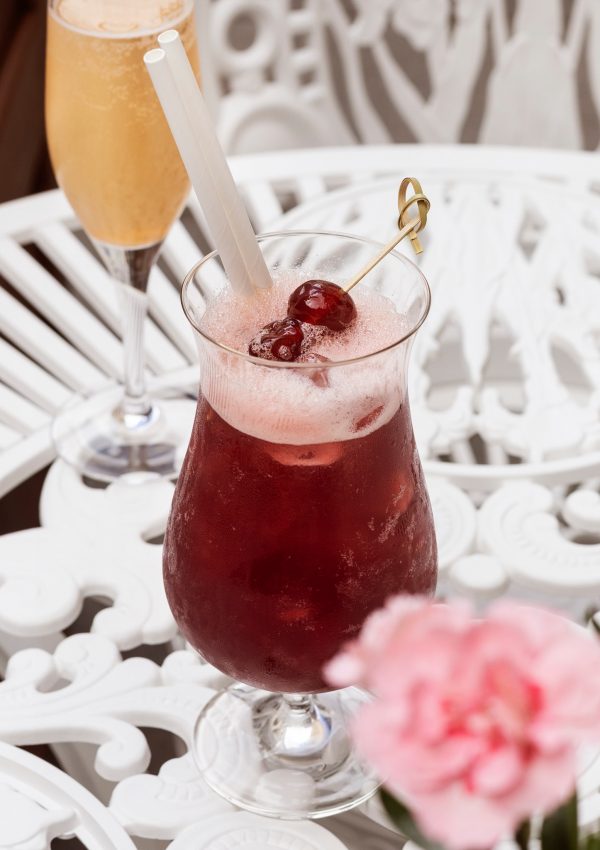 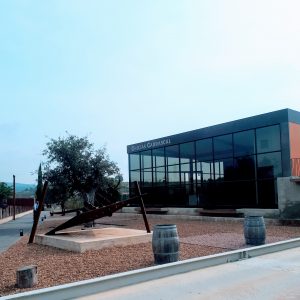