If you found this article through Google (and if I’m doing my job right, you did), then you’ve probably heard of Bansko Nomad Fest and are wondering what it actually is, and more importantly, if it’s worth the hype.

There are numerous events and digital nomad conferences that take place across the globe, and Bansko Nomad Fest is aiming to be the biggest and best of them all.

I’d been keen to visit Bansko, Bulgaria, for a while, and so when I heard that Bansko Nomad Fest would be taking place in June 2022, I figured that this was the perfect time to see what Bansko is all about.

So, if you’re interested in buying a ticket to next year’s Bansko Nomad Fest and are wondering what exactly you can expect, look no further.

I do want to let you know that as a blogger, I received a free ticket to Bansko Nomad Fest but don’t worry – I’m not going to gloss over the things that could have been improved at this event!

So, with all that being said, let’s get into it!

Bansko Nomad Fest – Is It Worth It?

Bansko in a Nutshell

Bansko is a small mountain town in Bulgaria that is most famous for being one of the best ski resorts in the Balkans, but contrary to popular belief, Bansko is not just a winter destination!

Located a stone’s throw away from Plovdiv and the Bulgarian capital of Sofia, Bansko is incredible all year round, and Bansko in the summer is fantastic for hiking, rafting, horse riding, and so much more.

Over the last six years, Bansko has also become a European hub for digital nomads, and you will find tonnes of coworking and coliving spaces in this tiny town (the main one being Coworking Bansko), with social events and meetups being organised on a daily basis.

It doesn’t hurt that Bansko is also incredibly cheap (you can rent a studio apartment for as little as 150 EUR per month), Bulgarian food is delicious, and that English is widely spoken, even amongst the older generation.

What is a Digital Nomad?

So, just what is a digital nomad?!

The dictionary defines a digital nomad as being someone who earns a living working online in various locations of their choosing (rather than a fixed business location).

A digital nomad could be a business owner, freelancer, or a remote worker who is employed by a company but is able to work from wherever they want.

Digital nomads may be completely nomadic, moving on from place to place without a fixed base, or they might have one main base that they take frequent trips from.

Some will rent a cheap storage container that gives them a place to leave their things, while others choose to buy a house and rent it out on platforms like Airbnb, allowing them to travel the world and let the renters pay their mortgage.

As you can see, the ways that people navigate digital nomadism (yes, people say this unironically and yes, it pained me to write it) are super varied, and so are the actual jobs that people do!

As you might expect, there are lots of software developers in the digital nomad space, and I also met a fair few crypto bros in Bansko, but that’s not all.

If hippy woo-woo stuff is more your cup of tea then don’t worry – there are plenty of yoga teachers, hypnotists, tantra people and tarot readers who are digital nomads too!

What I’m trying to say is, it doesn’t matter what you’re into, you will find your people in this community (you just might have to endure a few lectures about Bitcoin first).

What is Bansko Nomad Fest?

Okay, so here’s the part you’ve all been waiting for.

Bansko Nomad Fest is an annual event that brings together more than 550 people who all have one thing in common – a love of being able to travel while they work.

Although it is called a fest, BNF is actually more of a conference, with over 70 guest speakers holding keynote sessions and workshops every day for a whole week and people coming together to network and form valuable business connections.

With that being said, if you’re coming to Bansko looking for a party then you’re in the right place, because you will definitely find one!

Here’s what a typical day at Bansko Nomad Fest looks like:

READ   How to Visit Catania, Italy On a Budget

As you can see, it’s a lot, and even if you wanted to do everything, you wouldn’t be able to.

On the one hand, this is great as you’ll never be stuck for something to do, but it can also feel super overwhelming, and I did spend a lot of the week suffering from a hefty dose of FOMO.

Luckily, you don’t have to miss any of the important stuff because the keynote sessions themselves are livestreamed, just in case you want to watch from bed after a heavy night 😉

Recordings are also made available to participants afterwards to catch up on anything that they missed.

With over 70 speakers at Bansko Nomad Fest, there were certainly a lot of varied and interesting topics on offer.

Some of them, such as Stock Photography for Digital Nomads, Nomadic Parenting and Using Tantra to Supercharge Yourself in Business were not really relevant for me, but I DID attend a tonne of super interesting keynote sessions and unconference sessions.

Here are some of the ones that I attended (remember, this is only a fraction of what was available as there are multiple sessions running at once):

There were lots of great moments that I enjoyed at Bansko Nomad Fest.

Sure, the keynote sessions were interesting, but they only represent a tiny percentage of the things that I enjoyed at BNF.

Here are some of my highlights:

Okay, so I couldn’t think of a good name for this section but I did want to include a bit about the things that could have been better at Bansko Nomad Fest.

Sure, things are always going to go wrong, but there were a couple of biggies at BNF that I do want to address.

The Bansko Nomad Fest event is organised on a mobile app that you must download to your phone.

On it, you can find the event schedule, sign up to various excursions, pay for the communal dinners and more. Some events have very limited capacity and payment deadlines, so having everything available on one app is super important.

However, the Bansko Nomad Fest app was – well – bad.

It just didn’t work properly, with lots of people not being able to ‘check in’ and pay for events, the schedule jumping around a lot, locations not working on Android devices etc.

Even something as simple as viewing the conference schedule required WiFi, which was not provided at either of the two conference venues (make it make sense!).

A really easy fix for this would be to give one of the MANY software developers attending the event a free ticket in exchange for some help!

Second, there was an incident where some participants were left stuck up the mountain in the middle of the night after the van that was supposed to bring them back from a bonfire just decided not to bother.

Without trying to be dramatic, it is super dangerous for people to be told ‘oh, the van isn’t coming anymore, just make your own way down or wait and watch the sunrise.’

For context, a previous group ended up lost in the forest for 3 hours on that same night.

Offering a 5 EUR refund for the van the next day is all well and good, but people should never have been left stranded in the first place.

Lastly, and I really don’t like having to say this, there were a few people (men) at this event that ranged from the casually misogynistic to the downright scary.

First, there was the guy that physically knocked me out of the way and shouted at me for joking that my friend should be careful around him (the same guy later told a male friend of mine that he is full of pent up anger and rage).

Then there was a dude who yelled at the (female) coordinator that she was a bitch and stuck his middle finger in her face when something went wrong.

There was also the lovely chap who thought it amusing to call me a ‘bleach blonde skanky whore‘ when I made a joke about him being creepy (it hit too close to home, I guess).

And of course, there was the star of the show, who told my friend (after she rejected him) that she was only a 5/10 anyway and proceeded to try and fight a guy who stuck up for her.

This is in no way the fault of Bansko Nomad Fest, but I do find it worrying that numerous incidents like the above occurred.

It’s all well and good to say that ‘every large event will have a few bad apples,’ but I’ve been to many events like this one, and have never heard about anything close to this happening (maybe because finance bros aren’t invited to travel blogger conferences).

Not only that, but the people mentioned had altercations with multiple others during their time at BNF, not just the interactions I described above.

A potential solution for this would be to have an official Bansko Nomad Fest WhatsApp group where women can report incidents like this so that other women know who to stay clear of. If certain people come up repeatedly then perhaps those people can be prevented from returning to future events.

Bansko Nomad Fest – Is it Worth it?

Despite the situations outlined above, I loved my first experience at Bansko Nomad Fest, and the good definitely outweighed the bad.

Not only did I meet some incredible people, but I learned a lot at the keynote sessions, I made some exciting business connections, and I also had a blast at the evening events.

In my opinion, the things that went wrong have very easy fixes, and after talking with the organisers, I am (cautiously) optimistic that things will be ironed out at next year’s fest.

With that said, don’t come to Bansko Nomad Fest if you are used to things running smoothly.

Bansko Nomad Fest is a super fun festival, but the organisation leaves a lot to be desired.

In the words of Matthias Zeitler, founder of Bansko Nomad Fest, ‘I want people to manage their expectations.’

If you’re interested in purchasing a ticket for Bansko Nomad Fest 2023, click the button below. This is not an affiliate link and I will not receive a commission if you click on it, but again, I did receive my ticket for free.

That’s about all for now!

visit the bansko nomad fest website
Buy me a coffee!

READ   Visiting Bodega Casa Montaña in Valencia for Tapas from 1836

Disclaimer: I attended Bansko Nomad Fest as a guest of Coworking Bansko. All opinions are (quite clearly!) my own. 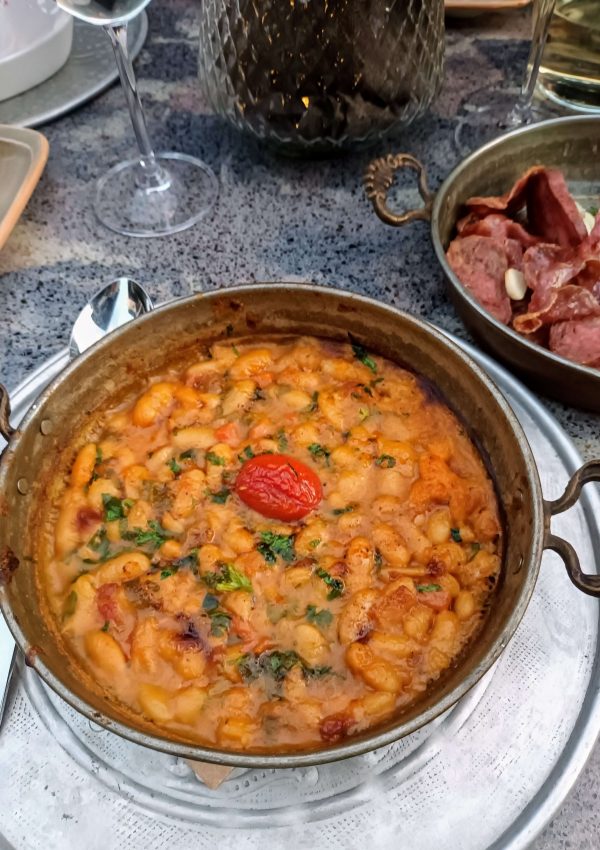 14 Restaurants in Bansko You HAVE to Visit 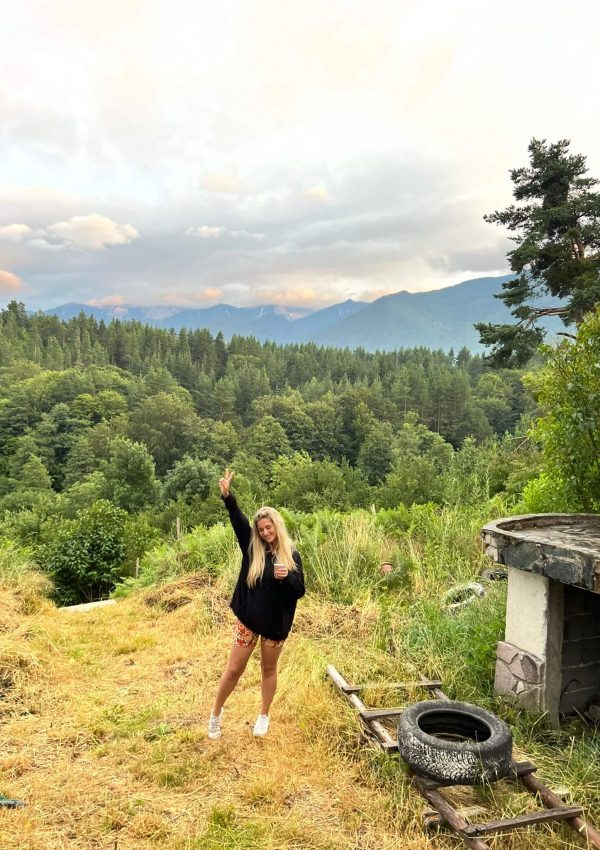 Bansko in Summer – The Ultimate Guide to Bulgaria’s Mountain Paradise 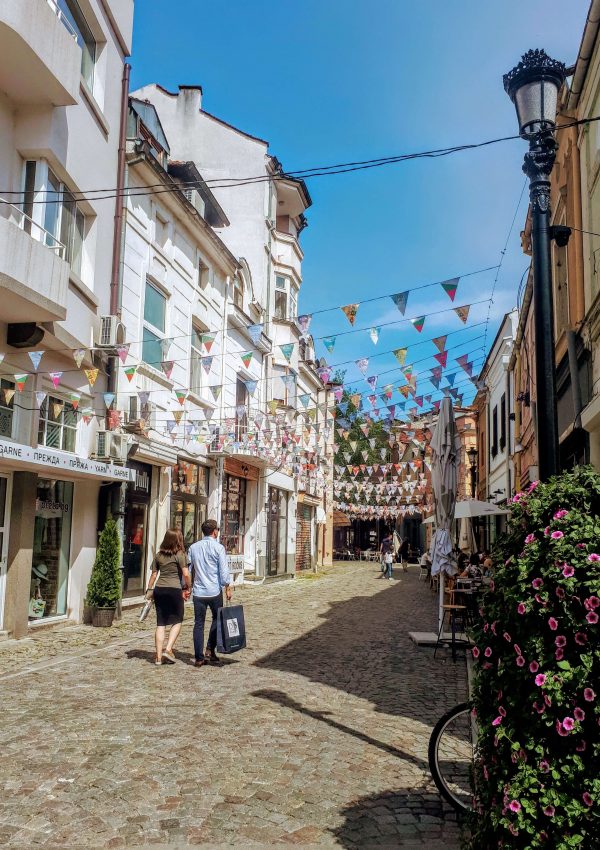 19+ Enchanting Things to Do in Plovdiv, Bulgaria 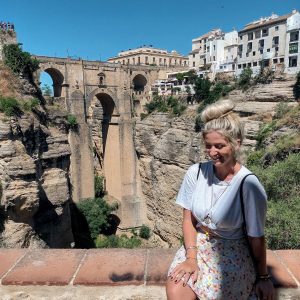 The Top 10 Things to Do in Ronda, Spain | Visiting Ronda