Backpacking Southeast Asia is a popular choice for first-time travellers.

The stunning beaches, infamous Full Moon Parties and budget-friendly accommodation make Southeast Asia an obvious place for millions of backpackers to begin their travels, and as travel bloggers continue to promote solo travel, more and more people are deciding to go it alone.

Something that a lot of solo travellers (and their parents!) worry about however, is whether or not backpacking Southeast Asia is safe.

People read news stories of deathly earthquakes and young tourists being murdered and they warn their loved ones that Southeast Asia is not a safe place to travel to, especially alone.

Now, of course you can’t protect yourself against random earthquakes and psychopaths. This is why I always recommend buying travel insurance.

However, the reason so many tourists find themselves in sticky situations while backpacking Southeast Asia is because unfortunately, people often behave in ways that they would never dream of back at home without giving a thought to the consequences. When you combine this with a totally alien environment – not to mention scam artists waiting around every corner – you may just find yourself in some risky situations.

However, after spending almost a year and a half in Southeast Asia, I discovered that with a bit of common sense and the ability to always be aware of yourself and your surroundings, most of the dangers in Southeast Asia can be easily avoided.

When my friend Frankie was in Vietnam, her taxi driver took her down a dark country lane and demanded 10x more money than she had agreed to pay. Luckily, Frankie had been forward-thinking enough to store most of her money (and her bank card) inside her bra. When she showed the driver her empty purse, he huffed and puffed and said that he would drive her to an ATM, to which she protested that her ‘husband’ was looking after her bank card. When the driver had looked through her purse to make sure that her card definitely wasn’t in there, he was forced to accept the agreed upon amount.

Keeping your money and bank cards separate is also a great way to protect yourself against pick-pocketing. It sucks to have your wallet stolen, but if the majority of your money is still safe then that’s all that matters.

Don’t be THAT tourist with wads of cash in your back pocket.

It sounds obvious to say this, but don’t leave your drinks unattended and keep an eye on them at all times while backpacking Southeast Asia. The general rule is if you don’t see it being made, don’t drink it. My friends and I learnt this the hard way when we accepted drinks from a stranger in Thailand that turned out to be laced with something. Luckily, none of us had consumed enough for anything bad to happen before we realised something was up, but the situation could have ended very badly.

I have also heard tonnes of stories about drinks being spiked at Koh Phangan’s famous Full Moon Parties. Sometimes the people making the drinks will lace them with amphetamines to keep you partying (and drinking) all night, and sometimes it’s somebody with more sinister intentions. And let’s not forget the people who die in Indonesia every year as a result of methanol poisoning from cheap alcohol.

If a drink deal seems to good to be true, it probably is.

An expat in Siem Reap once told me about a British tourist who got into an argument with a tuk-tuk driver. The tourist ended up punching the driver, which resulted in him getting beat up by 6 Cambodian men and turned in to the police, who told him that he could either pay a $1000 fine or go to jail. After living in Cambodia for almost 12 months, this story does not come as a surprise. In fact, I’d say the guy got off pretty lightly.

Whenever you’re in a foreign country, do not, under any circumstances get into fights with local people. It won’t end well for you. Trust me.

Never get on the wrong side of a tuk-tuk driver. They are often gang affiliated.

4. Don’t see yourself as above the law

Oh, the arrogance of tourists! I can’t even begin to tell you how many times I’ve heard the phrase ‘they won’t arrest us – we’re tourists.’

People backpacking Southeast Asia often make the mistake of thinking that they, as white Westerners, are somehow above the law. They think that they are free to flout all the laws they like because the police won’t dare to arrest them. These entitled idiots think that their governments and embassies are capable of bailing them out of any situation, and I’m here to tell you that they’re not.

If you get caught with drugs in Bali, you face the death penalty.

Your white skin will not save you in Bali, nor Thailand, Cambodia, or anywhere else you think it’s fine to break the law. If anything, law enforcement will take advantage of the fact that:

You have money and they can bleed you dry;

They can use you as an example of what happens to tourists who break the law.

Think I’m wrong? Just look at the Bali Nine. Three are dead and the other six have been rotting in Indonesian prisons for 13 years.

5. Be careful with drugs

Look, I’m not telling you how to live your life. HOWEVER, if you must take drugs whilst backpacking Southeast Asia, know this:

Oftentimes, you won’t get the drug you think you’re paying for. In Cambodia, speed and MDMA are often cut with meth. METH. Just let that sink in a minute.

As per tip #4, don’t think that the police will go easy on you if you get caught. Police in Southeast Asia love to make examples of tourists that break the law. Someone I used to know in Cambodia got thrown in jail on a drug charge. You always think it happens to someone else, until it happens to you or someone you know.

Perhaps the most important thing to remember when it comes to staying safe while backpacking Southeast Asia is that if people back home don’t know where you are, they can’t help you if things go wrong. I’m so used to seeing viral Facebook posts about some backpacker that has gone ‘missing’ in Thailand, only to turn up in a bar somewhere, having neglected to contact his family to let them know where he was.

When I didn’t reply to my mum’s WhatsApp messages for three days she reported me as a missing person to the police and contacted the British Embassy! An overreaction on her part, sure, but at least if I had been dead in a ditch, there would have been people looking for me!

Another example that springs to mind is that of my uncle’s brother. When the 2004 Boxing Day Tsunami struck, he was living in Phuket (Thailand) and didn’t think to contact anyone back home to tell them that he was safe. It took a trip to Thailand and a BBC news crew to establish that he’d been totally fine the entire time!

7. Take two bank cards with you

Cash machines in Asia give you your money before they give you your card. In Western countries, it’s usually the opposite way around, thus making it very easy to walk away from Asian cash machines without remembering to wait for your hard.

Am I talking from experience?

Just one week after landing in Bali on my first solo trip, I left my bank card in an ATM in Ubud. I had a nightmare trying to get a new card sent to me – it didn’t actually end up arriving in Bali for 3 months, by which point I’d given up and gone to Cambodia anyway! I had to make do with my mum transferring money to random new friends I met and me having to just trust them to give it to me…not ideal.

Even if you think that you’re far too smart for that and that will never happen to you (lol, I thought the same), you never know what will happen, and a lost or stolen card is always possible.

Always err on the side of caution and bring a spare card, just in case.

Back home, you’d never dream of hopping on a scooter and getting straight onto a main road without having had lessons/having a license.

For some reason, people act differently while backpacking Southeast Asia and think nothing of hopping on a bike and accelerating. I’ve been mocked countless times for refusing to drive a bike in Southeast Asia but at this point, the number of people I know who have had bike accidents in Southeast Asia far outweighs the number that haven’t.

One of my friends was pressured into driving a scooter in Asia when she’d never done it before and didn’t particularly want to try. In the end, she gave into peer pressure.

Do you want to know what happened?

She was hit by a truck.

When you ride a scooter without properly knowing how to, you’re not only endangering yourself – you’re endangering everyone around you as well.

So there concludes my list of safety tips for backpacking Southeast Asia! It is by no means an exhaustive list but I tried to include practical safety tips from real life situations that I experienced during my 18 months in Southeast Asia. Do you have any more suggestions? I’d love to hear your thoughts in the comments below 🙂 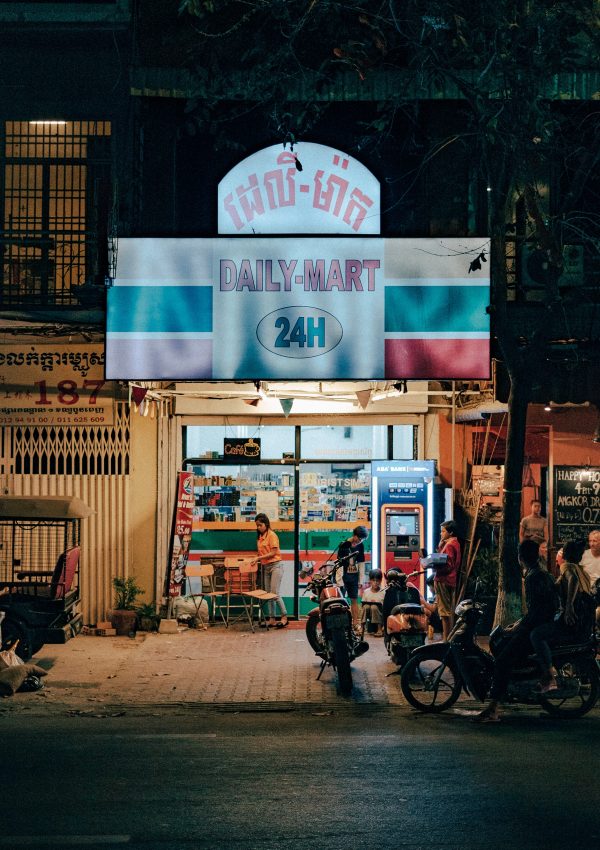 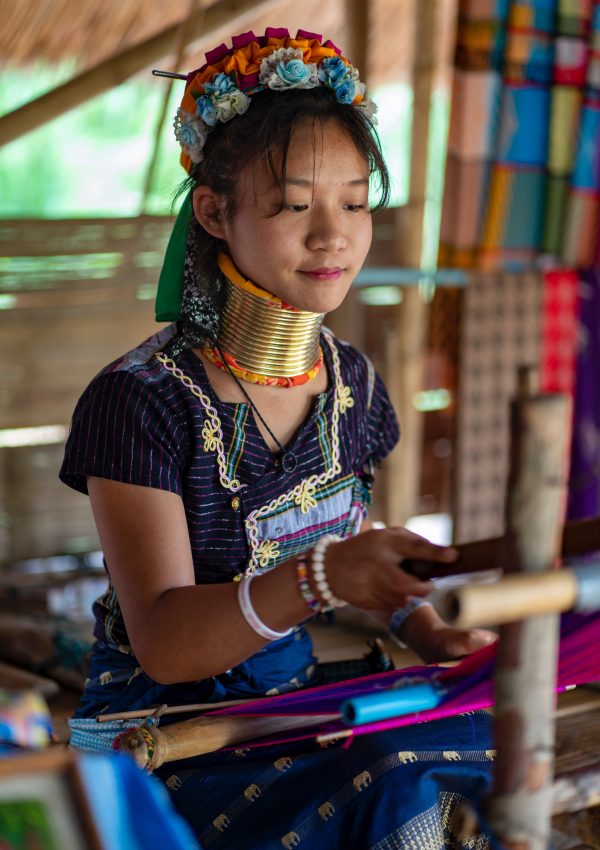 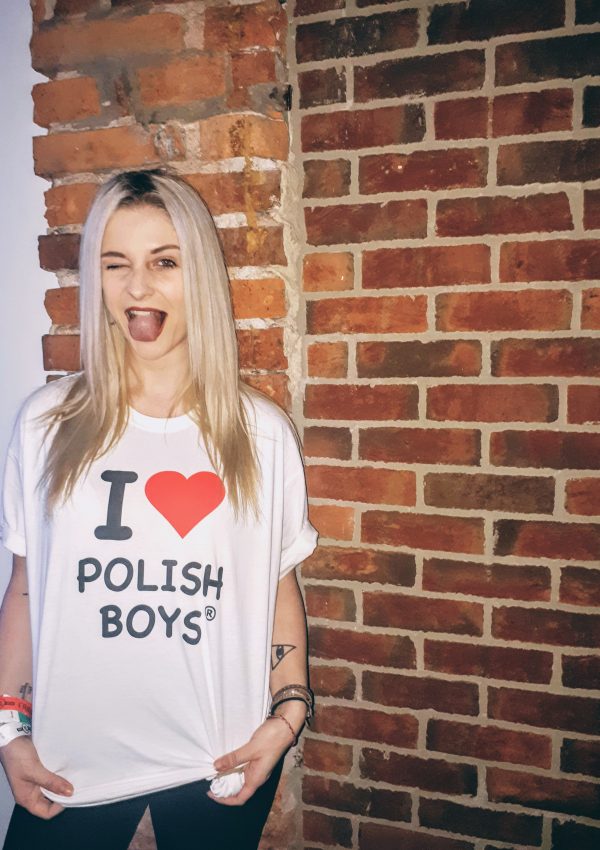 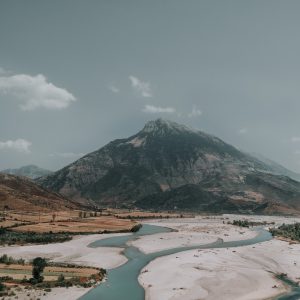