8th September 2015. The time had come for me, aged 22, to finally embark on my first ever solo adventure. After years of being desperate to see the world but never being lucky enough to have friends who shared the dream seriously enough to actually do it, I knew that I had to bite the bullet and just go.

I’d had my first taste of backpacking 5 months prior, in April. Three friends and I had spent a month in Thailand staying in beach bungalows, visiting Buddhist temples and creating endless memories with dozens of other likeminded souls from all corners of the world.

From the moment we turned onto the legendary Khao San Road on our first evening in Bangkok, I knew that this was the life I wanted to live, and that if I wanted it badly enough, I would have no choice but to go it alone.

As soon as I returned to Manchester, I booked a one way ticket to Denpasar, Bali, and began to prepare for my first ever solo adventure.

I spent the next couple of months frantically Googling ‘how to make friends while travelling,’ convinced that I’d made a huge mistake and would end up booking a flight home as soon as I touched down in Bali.

The day before I was due to fly, I lay on my mum’s bed sobbing, telling her that there was no way I could actually go through with this. It didn’t help that there had just been a huge earthquake that affected the Gili Islands (my second stop in Indonesia) that resulted in a total travel ban to the islands, scuppering my plans for the first leg of my trip.

With the hostel that I’d booked in Gili Trawangan being closed for business, I only had somewhere to stay for my first two nights, and no knowledge of where the hell to go instead – and so, my experiences of navigating the world solo had begun.

Of course, if this happened to me now I’d simply shrug my shoulders and get over it – these things happen, after all – but 5 years ago as a baby backpacker I was terrified!

There was nothing I could do but simply rock up in Bali and cross my fingers that everything would be okay, and so, the following morning I turned up to the airport and boarded my flight to Qatar, where I would have a layover before continuing on to Bali.

Despite my nerves, both of my flights went without a hitch. I love flying with Qatar Airways (I’m not a fan of Qatar generally but Qatar Airways don’t seem too problematic), and I made sure to make the most of the inflight meal and free alcohol onboard (I may have had a sneaky glass of Champagne or 5).

And then, after 36 hours of travel, I finally landed in Denpasar airport.

Denpasar is the only city in Bali with an airport, although by most accounts, there isn’t much worth seeing in the city of Denpasar itself. I would be spending my first two nights in Kuta, the party capital of Bali and the place where thousands of young Aussies flock to every year to get wasted and let loose.

Not exactly my usual scene but I wasn’t going to be spending a lot of time in Kuta – I just needed a place to crash for a couple of nights and psyche myself up for my big Balinese adventure.

Unluckily for me, my pre-arranged airport pickup was nowhere to be seen, and so I had no choice but to lug my backpack outside and find a taxi driver who didn’t look as though he would scam me (not an easy feat). I quickly settled on a Balinese guy with a friendly smile who delighted in the fact that I was from Manchester, where, of course, his favourite football team are from.

He ended up agreeing to a better price than I was supposed to be paying my hotel pickup, and so I hopped in the front seat and chatted happily to him about football, Australian tourists (his favourite topic) and my hometown on the 25 minute drive to Kuta.

For the first two nights of my trip, I’d decided against booking a hostel – I knew that I’d be shattered after my journey and that sharing a bedroom or socialising with strangers would be the last thing I’d want to do.

I found my accommodation, Lucky’s Guest House, on Airbnb, and although I’d planned on going straight to sleep when I arrived, I couldn’t resist buying an ice cold bottle of Bintang from the lobby to enjoy on my balcony, breathing in the balmy Balinese air and overlooking the swimming pool.

I slept for 12 hours straight that night, luxuriating in my king size bed with its crisp white sheets and the forgiving presence of cooling A/C.

When I woke, it was 2pm and at first I was peeved because I felt as though I’d already wasted my first day in paradise. However, reminding myself that this was only the first day of a 3 month trip, I decided to let myself off the hook and read for a couple of hours on my balcony before showering and venturing out to see what my first night in Kuta would bring.

In a bizarre twist of fate, when I’d been crying to my mum that I wasn’t cut out for solo travel and that I’d be alone for the entire trip, I’d actually seen a Facebook post by a girl that I went to primary school with, saying that she and her sister were in Kuta.

I felt a bit weird (okay, more than a bit!) reaching out to this girl, especially as we hadn’t hung out since we were around 8 years old, but when I messaged her she responded immediately, inviting me to dinner with her and her sister that evening.

I walked to our meeting point with my eyes glued to my Google Maps, certain that if I looked up for even a second, I’d end up lost and unable to ever figure out where I’d gone wrong.

When I made it to the Hard Rock Cafe, I perched on a wall and breathed a sigh of relief – I’d made it.

Natalie and her sister were running a little late so, for the first time, I allowed myself to properly take in my surroundings.

My first thoughts were those of bewilderment – The Hard Rock Cafe is in the immediate vicinity of a Pizza Hut, Mercure Hotel, Starbucks Coffee and even a Jamie Oliver’s Kitchen! Had I really travelled for 36 hours to visit places that I could visit on my own doorstep?

I was prepared for Kuta to be touristy, but a Pizza Hut in Bali, seriously?!

Anyway, snobby traveller ramblings aside, Natalie and her sister Haylie took me to a place called Yulia’s Kitchen, a local restaurant serving up generous portions of Indonesian and Asian foods at affordable prices.

As we devoured our meals, we had a great catch up and sunk a couple of beers before deciding to have a wander around Kuta and indulge in a spot of shopping.

Perusing the tourist stalls in Kuta took me right back to Khao San Road, where dozens of identical tie-die clothes and elephant pants are the order of the day and you can’t walk more than 3 paces without a slim young man asking if you need a taxi or drugs (taxi drivers are always drug dealers in Southeast Asia), and you’re never far away from a sizzling wok full of noodles.

After spending a couple of hours buying cheap jewellery and chatting with the stall holders, we decided that it was time for a traditional Balinese massage. Although it was past 10pm, the massage parlours were lit up like Christmas trees and open for business, and at £3.50 for a 60 minute full body massage, who could blame us?

We were given loose clothes to change into and our masseuses got to work, accompanied by classic power ballads booming from the speakers – it was at this moment that I knew I was back in Asia!

By this time, it was getting super late and as Natalie and Haylie had to be up early the next day, we hugged goodbye and parted ways. I wasn’t quite ready to go to bed yet, and so I wandered round for a bit longer and then found a cutesy little bar where I enjoyed another Bintang and and a plate of grilled chicken gizzards (which were delicious btw!).

When I retired to my guesthouse I was sleepy and content. I hadn’t had a crazy night out (or done anything much for that matter), but I’d managed to survive my first 24 hours in Bali as a solo traveller and I was so proud of myself!

It may not seem like much but for me, being on the other side of the world alone was a big deal, and even the small act of going to a bar by myself had given me the confidence to rest easy, knowing that I would be ok. I could do this.

this marks the end of my time in kuta, bali. i hope that i have shown a side of travel that you don’t necessarily see in the typical ‘things to do in x’ or ‘itinerary for x’ posts.

please let me know if you enjoyed this travel story in the comments below! 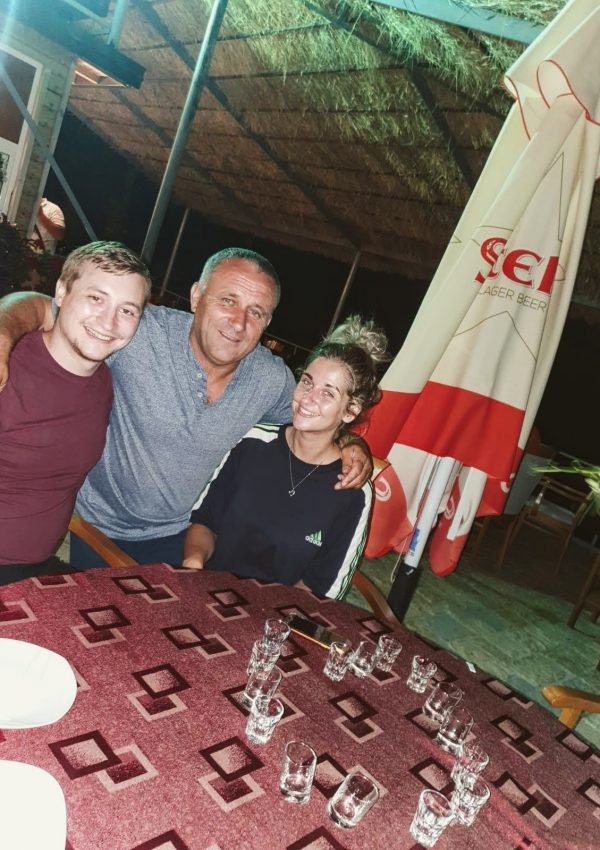 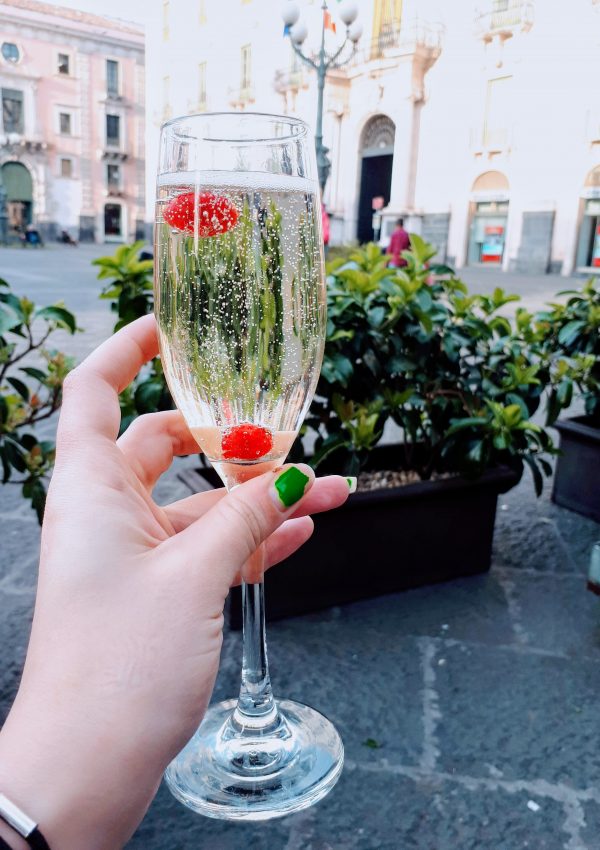 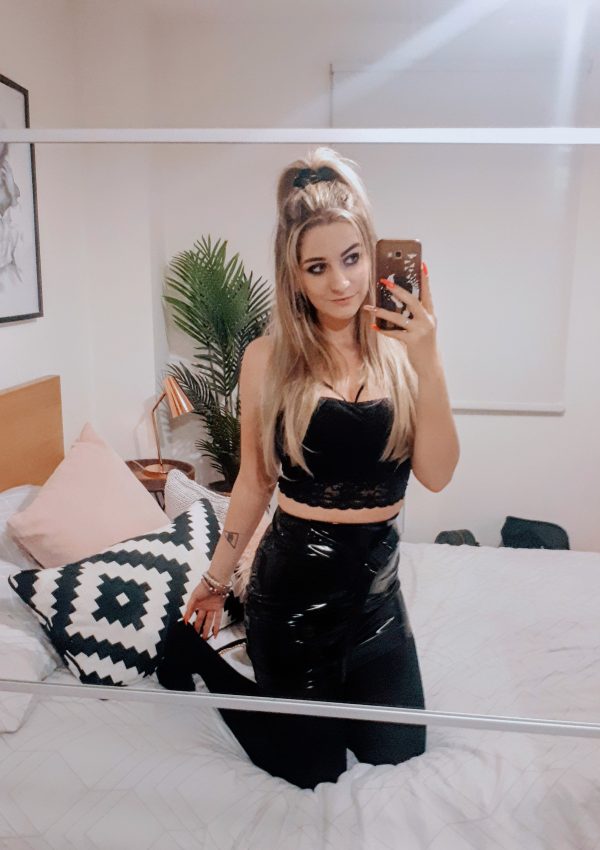 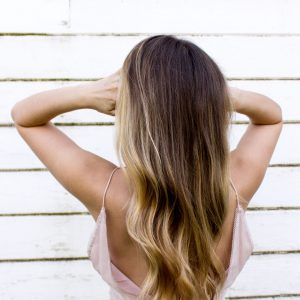 Is Monat a Pyramid Scheme or a Legit Business Opportunity?