Ah, Avon. I think everybody and their dog has at least some childhood memory of an Avon lady knocking at their front door and leaving her catalogue of beauty products behind for their mum to pore over and choose the ones that take her fancy.

Maybe it was actually your mum who was the Avon lady!

Or maybe, if your life is anything like mine, your mum insists on sneaking a few Avon products into your Christmas stocking every year because the catalogue is her go-to for Christmas gifts.

Regardless of what it is, it’s probably safe to say that you have at least heard of Avon, and you’ve landed here because you want to join Avon and become an Avon rep.

p.s. make sure you stick around until the end because i’ve got a freebie to share with you!

Is Selling Avon Worth It? If You Want to Join Avon, Read This First.

Avon was founded in 1886 by David McConnell and is one of the OGs of direct selling.

It all began when David, who used to knock on women’s doors selling books, realised that what the women really wanted was perfume, and so he switched up his game and started selling that instead.

It didn’t take long for his new venture to flourish, and now the company that we know as Avon is the fourteenth-largest beauty company in the world, selling everything from concealers and mascaras to hair serums, moisturisers and more.

Avon also holds the title of being the oldest direct sales company ever, and the second-largest MLM company in the world after Amway!

You see, while Avon used to be all about direct sales, they changed their business model to a multi-level marketing structure (or ‘network marketing’) in 2005, and there are now around 6.5 million Avon representatives around the world selling Avon products.

But what is MLM?!

You don’t receive a salary in an MLM. Instead, you earn money from selling products to people you know and recruiting others into the business.

When you recruit a new person and that person begins earning money, you will earn commission from the sales and recruits generated from THAT person.

This continues down in multiple levels (hence multi-level).

Now, while you can make money from selling whichever product your MLM company offers (in Avon’s case it would be beauty products), most people in MLM companies prefer to recruit others because they stand to make a lifelong passive income from that person, whereas if they sell a product they will just receive a one-off commission.

The ultimate aim of somebody in an MLM company like Avon then, is to recruit as many people as possible, enabling them to make large amounts of passive income for little work.

Are you with me so far?

Should you become an Avon rep? Is selling Avon worth it?

I’m not going to tell you whether you should or shouldn’t become an Avon representative. If you want to join Avon, that’s entirely up to you.

What I am going to do is to break down just how good the Avon opportunity actually is, how much money you can expect to make with Avon, and why joining Avon might not be the best idea.

There are a lot of manipulative reps out there who will tell you anything you want to hear, using buzzwords like ‘time freedom’ and ‘business opportunity’ in order to sign you up, and so I want to dive into the numbers and see what the truth really is.

How much can you make selling Avon?

When deciding whether it’s worth becoming an Avon representative, the first thing you’re probably wondering is how much money you can make if you join Avon.

After all, if you’re going to invest your time and money into something, you want to know whether the pay-off is going to be worth it.

Not only that, but if you’ve actively looking for a new job, you don’t want to ignore good opportunities and end up diving head first into something that doesn’t allow you to make a solid income.

If you ask Avon themselves, they’d tell you that Avon is a great way to make an income.

The largest advertisement in Avon history, aired at the 2009 Super Bowl, didn’t promote the beauty products themselves, but the income opportunity, and when we Google ‘Avon,’ we can see that the first thing in their tagline is ‘Become an Avon Representative.’

However, does Avon really offer a fantastic income opportunity?

Unfortunately, Avon themselves do not release the information needed to answer this question fully.

Unlike pretty much all other MLM companies, Avon does not release an income disclosure statement, which is the document that breaks down how much everyone in the company is earning by rank and percentage.

Because of this, we have no idea of dropout rates, average earnings, sales costs or any other information that would paint a complete picture of the Avon opportunity.

In other words, the products that Avon reps are buying to then sell on to their own customers.

When we break those numbers down, we can see that on average, Avon reps are spending $144 per month on Avon products to sell to people. Based on your rank in the company, you will make 20-40% commission per product sold (most people are in the lower ranks so most are making a 20% commission per sale).

What this means is that if an average sales rep is selling $144 worth of Avon products every month, and the average sales rep is also in the 20% commission range, then the majority of Avon representatives are making $28.80 a month, or $345.60 a year from product sales.

That being said, these figures are just very rudimentary estimates based on me creating an average number, and they don’t take into consideration what Avon reps make from recruiting others.

In other words, they only tell half a story.

In one of the only Avon disclosure statements ever published (from 2009), we can see the total earnings of Avon reps in 2009:

A quick look at this graph on Statistica reveals a more or less steady decline in Avon revenue since 2011.

Are you still with me?

I know that this number crunching can be a bit much, but it is important to break down the actual figures when it comes to business ventures like Avon, in order to get an accurate picture of how much money you can expect to make (because Avon themselves sure as hell won’t!).

Now, one last thing about the numbers themselves – none of these figures take into consideration the costs of running an Avon business.

While you can become an Avon rep for relatively little money compared to other MLM companies (starter kits range from $25 – $100), you will definitely have to spend money on your business if you want it to succeed.

It is up to you how much you spend (and how savvy you are when it comes to marketing), but rest assured that you will certainly have to spend money in order to generate sales, and this money will be deducted from your overall profit.

I know that I haven’t made joining Avon sound like a great idea, and that’s because I don’t believe it is.

For me, the numbers speak for themselves, and after taking one look at them, I was decided.

That said, it’s important to look at both sides of the coin.

Pros of becoming an Avon Rep:

Cons of becoming an Avon Rep:

So, Is Selling Avon Worth It? Final Thoughts.

As you can see, there are definitely some positives to Avon as a whole, but, in my opinion, they are outweighed by the negatives, the main one being that you are highly unlikely to earn a decent amount of money with Avon.

For me personally to become an Avon rep, I would need to see a lot less of the negatives to joining Avon!

And now, I want to know what you think! Do you still want to become an Avon rep? Do you disagree with me that the negatives of joining Avon outweigh the positives? Let me know in the comments below!

An alternative to joining Avon…

So then, how the hell do you make money online?!

I won’t lie to you and say that blogging is easy, or that it’s fast money. Blogging definitely takes hard work and a savvy business mind.

With that said, it definitely isn’t as much work as being part of an MLM, you actually will be your own boss, and if you do it right, you will see incredible results.

The best thing about blogging is that it can lead to TRUE passive income.

Most of the money that I make on this blog comes from posts that are over 2 years old. I wrote them, tossed them to Uncle Google, and let the algorithm do the rest.

Those posts bring me tens of thousands of pageviews every month, and because I run ads on my site, pageviews = money.

There is a LOT to learn when it comes to blogging – how to grow an email list, how to work with brands, how to make sure your posts rank on Google…the list goes on, and it’s definitely overwhelming as a newbie.

That’s why I am so pleased to be able to tell you that Jessie Festa from the popular travel blog Jessie on a Journey is offering an incredible deal on her membership club Travel Blog Prosperity – I’m signed up myself, and it’s probably the best thing I’ve ever paid for in terms of courses/educational blogging materials.

If you’d like to enrol in Travel Blog Prosperity and gain access to MORE THAN $2000 worth of course materials, you can do so by clicking this link (technically the doors are closed but she gave me this link for my followers!).

Travel Blog Prosperity is usually $59.29 per month but if you use code JEZEBEL, you’ll get your first month for only $9!

The best bit? You don’t have to send a single Instagram DM 😉

If you need more persuading, you can read my Travel Blog Prosperity review here.

Disclaimer: Travelling Jezebel uses affiliate links. This means that if you make a purchase on a partnered site then I may make a small commission at no extra cost to you! 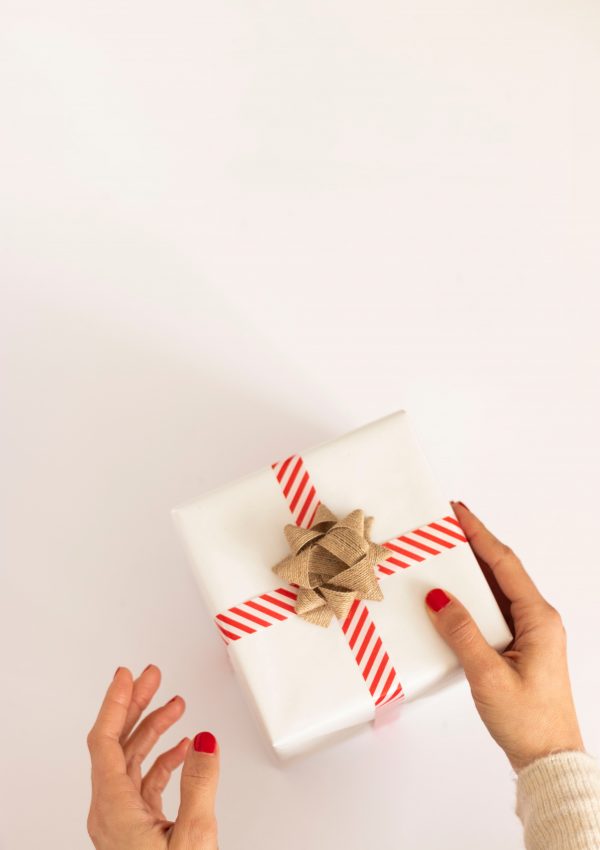 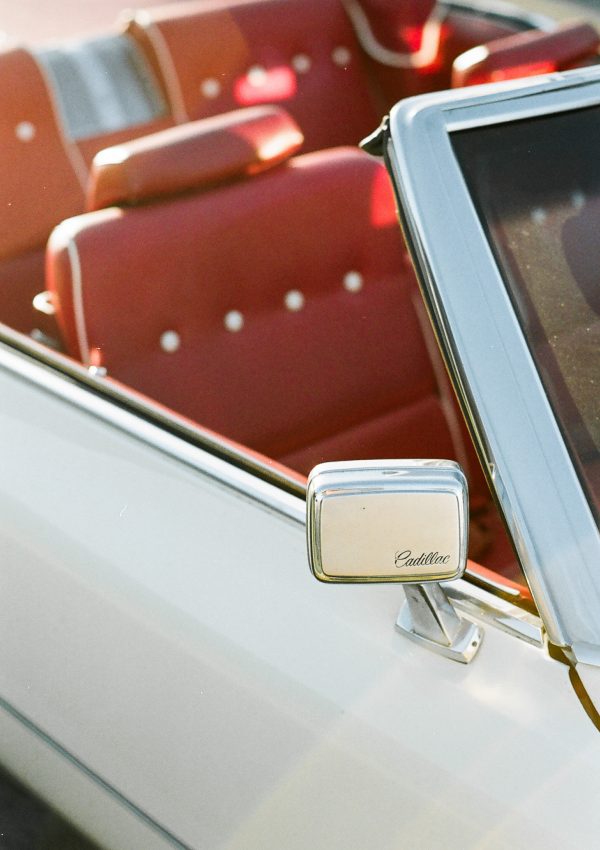 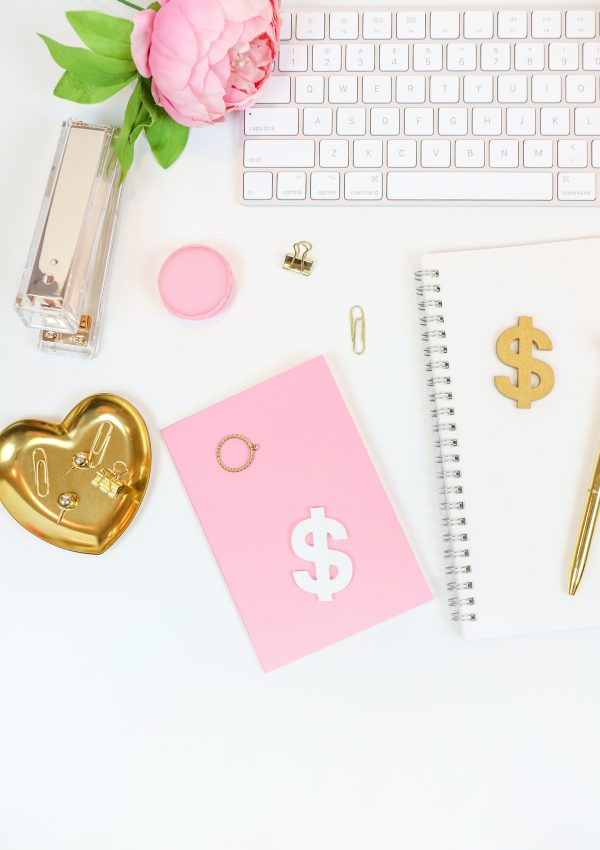