Dubai is an increasingly fashionable destination of choice for many holiday-makers. Tourists flock to Dubai in their droves, eager to snap that perfect Instagram shot to show that they’re wealthy enough to drink bottomless flutes of Champage and hang out in the most expensive hotel bars in the Emirates.

Dubai is especially popular with social media influencers, with young Instagram models returning to Dubai again and again to (allegedly) do all manner of things in exchange for their free holiday.

Around 16 million people visit Dubai every year (1.5 million of them being Brits) and with that number only increasing, the demand for bigger, better and blingier hotels is skyrocketing, with a staggering 168 hotel projects in the pipeline in Dubai alone.

However, despite Dubai marketing itself as a ‘fun in the sun’ Middle Eastern Las Vegas, where socialites and Sheikhs rub shoulders in exclusive nightclubs, there is a much darker side to Dubai that most tourists are blissfully unaware of.

You see, in addition to shocking human rights abuses, the United Arab Emirates (as well as other Gulf states such as Qatar) is actually an epicentre of modern day slavery.

Some people balk when I use the term ‘slavery’ to describe the conditions endured by migrant workers in Dubai. However, let it be said that using the word ‘slavery’ is no exaggeration when it comes to the UAE.

In this article, I look into just how modern slavery functions in Dubai and how mass tourism is only increasing the demand for cheap labour (read: slaves).

psst – if you prefer to consume your information in video form, scroll to the bottom to watch my youtube video on the topic!

What is Modern Slavery in Dubai and How Does it Affect You?

A euphemism frequently used for modern day slavery is ‘human trafficking.’ When most people think about human trafficking, they either imagine that it refers only to the actual transportation process of people from one place to another, or images of Liam Neeson’s Taken spring to mind.

However, human trafficking (i.e. modern day slavery) can take many forms, including forced labour, which is what we see in the United Arab Emirates and Dubai.

More than 88.5% of UAE residents are foreign workers, with South Asian migrants constituting 42.5% of the UAE’s workforce.

These migrants, usually illiterate and from impoverished, rural communities in India, Pakistan and Bangladesh, reply to advertisements offering them $300 a month, food and accommodation in return for manual labour, 9-5, five days a week.

Eager to move to Dubai and begin earning money that they can send home to their families, they take out loans of up to $3000 from unscrupulous recruitment agencies to pay the exorbitant ‘visa fees’ (which is actually illegal – the recruitment agencies are supposed to cover these fees) and board flights to Dubai, excited for a new life in the glitzy Emirate.

When they touch down in Dubai, however, it’s a different story. Driven to squalid shanty towns on the outskirts of Dubai, where 45 men share one outdoor bathroom and 10 or more people sleep in a room, their passports are confiscated and they are told that they will actually be working 14 hour days, 6 or 7 days a week, in the desert sun.

This, dear readers, is modern slavery in Dubai.

Or at least, it’s the beginnings of it.

You see, treatment of migrant workers in Dubai gets worse. Much worse. Not only do they have to live in dreadful conditions, but the agreed-upon wages are almost never honoured. With the average construction worker receiving just $175 a month (compared to the per capita income of $2106 a month), and wages often being withheld for months on end to ensure the worker doesn’t ‘quit,’ the migrant worker quickly realises that it will be years before he can even pay off his mounting debts to the recruiters, never mind begin sending money home.

This bonded labour, combined with living conditions described by the Human Rights Watch as being ‘less than humane,’ equates to a situation that can only be described as modern slavery in Dubai. Without money or passports, these foreign workers have no way of returning home to their families and are forced to continue working in dangerous conditions, often without proper safety equipment, in the 50 degree heat.

Why does slavery in Dubai flourish?

Part of what enables slavery in Dubai is the Kafala system.

Kafala, which means ‘sponsorship’ in Arabic, with a sponsor being a kafeel, is a system popular in the Gulf countries that gives private citizens and companies the responsibility and oversight of workers (as opposed to the government, which is the case in other countries).

The Kafala system not only requires workers to receive permission from their employer if they wish to change jobs, but it also requires a minimum of two years working for the same person or company. This of course helps enable wage suppression as there is effectively no competition.

The workers’ exit visa is also under the control of their kafeel, meaning that the worker cannot leave the country without their employer’s permission.

Of course, this in itself renders the system wide open to abuse and exploitation, with migrant workers in Dubai being at the total mercy of their employers (particularly in the case of vulnerable domestic workers), but in addition to that, the Kafala system provides no protection for the workers.

The Kafala system does not allow workers to dispute employers’ nonperformance of contracts, nor does it allow them to escape a potentially abusive situation. If a worker is caught trying to escape their employer then they are returned straight back to the same employer.

It is hard to deny that the kafala system puts the employer in a position not unlike a slave owner, with the worker helpless to change the situation.

The Kafala system is so barbaric that even the official UAE Labour Law website acknowledges that ‘it puts workers in vulnerable situations where they are dependent on their employer, which often leads to exploitation and abuse with little ability to seek outside assistance.’

What does all this have to do with tourism in Dubai?

A lot, actually. If it weren’t for the ever-increasing demand for more hotels, infinity pools, shopping malls and luxury apartments, there would be no need to employ such vast quantities of migrant workers.

With some of the current hotel projects boasting up to 1000 rooms which sell for hundreds (and sometimes thousands) of dollars a night, Dubai is constantly competing with itself to be the best, the biggest and the brashest, and all at the expense of its migrant workers.

Not only that, but if you thought that the only modern slaves in Dubai were construction workers, then think again.

In an investigation by Fair Action, the Swedish organisation found that out of 30 hotel staff members, only 2 had been able to hold on to their passports, leaving them trapped in Dubai and at the mercy of their employers. All of the hotel staff members interviewed lived in squalid conditions and complained about being overworked, underpaid, and unable to leave or demand their passport back.

So then, if a holiday to Dubai involves staying in a hotel that is built by and staffed by slaves, why would anyone go?

I’d like to think that the answer is ignorance. That people simply aren’t aware of the conditions of modern slavery in Dubai, and aren’t intentionally spending their money on a system that exploits vulnerable people.

If this is the case, then a possible solution to this horrific practice would be to simply boycott Dubai and spread the word about the human rights abuses going on there to everyone you know. Spend your money on more ethical holidays and refuse to play a part in enabling modern day slavery. There are plenty of luxury hotels and modern cities that can offer a similar experience to Dubai but without the human cost.

Of course, with Dubai receiving 16 million tourists a year, it’s going to take more than one person to change anything, but it’s a start.

If we limit the demand for new hotels, we curb the need for the supply of fresh workers.

Unfortunately, however, I don’t believe that it is all down to ignorance. I believe that most visitors to the United Arab Emirates have an inclination of what is happening behind the scenes but simply choose not to see it.

I believe that most visitors to Dubai choose to consider these facts for a second, before shrugging their shoulders and saying ‘Well, at least it has nice hotels.’

I suppose as long as you can take a cute picture in front of the Burj Khalifa, it doesn’t really matter how much suffering is going on behind the scenes, right?

Have you ever been to Dubai? Do you think that it is a good travel destination to promote or do you think that we should be speaking out against modern slavery in Dubai and voting with our wallets by holidaying in alternative destinations? Please let me know your thoughts about tourism in Dubai in the comments below.

If you’re interested in learning more about slavery in Dubai and modern day slavery in general, I have put together a list of really useful books that you can buy from Amazon – just click the links to be taken to the pages!

Human Rights in an Unequal World

Disclaimer – Travelling Jezebel uses affiliate links. This means that if you make a purchase on a site I recommend, I may make a small commission at no extra cost to you. 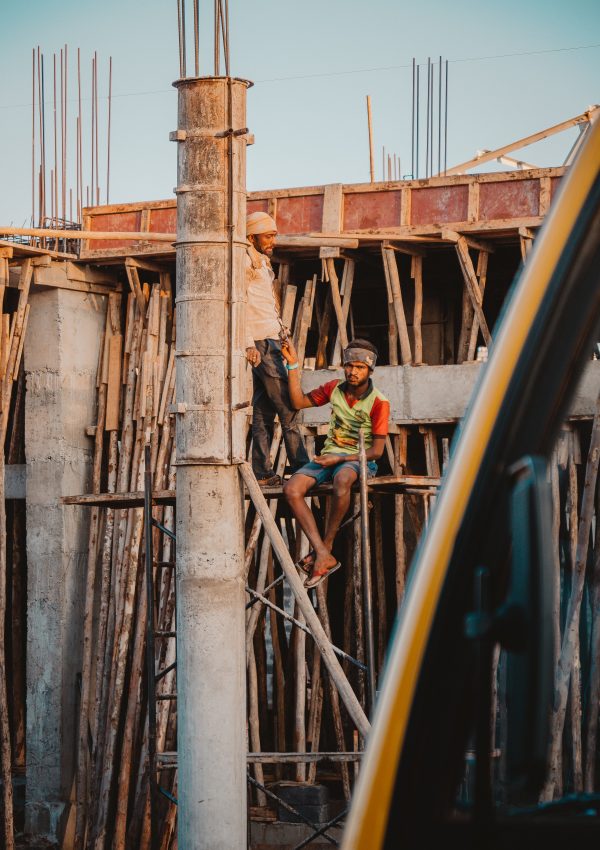 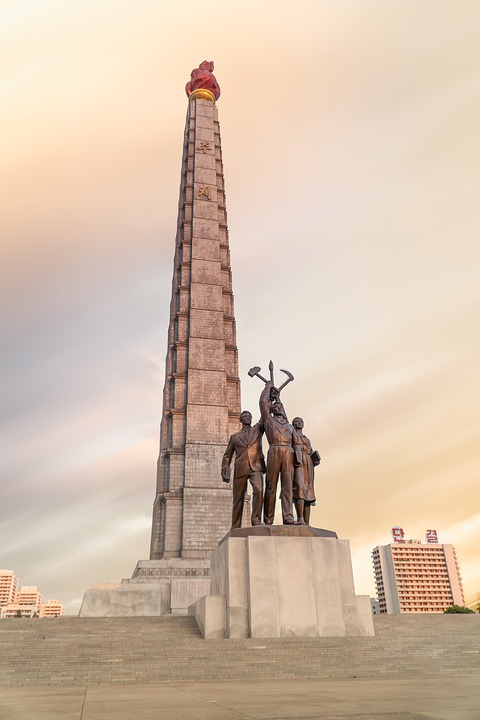 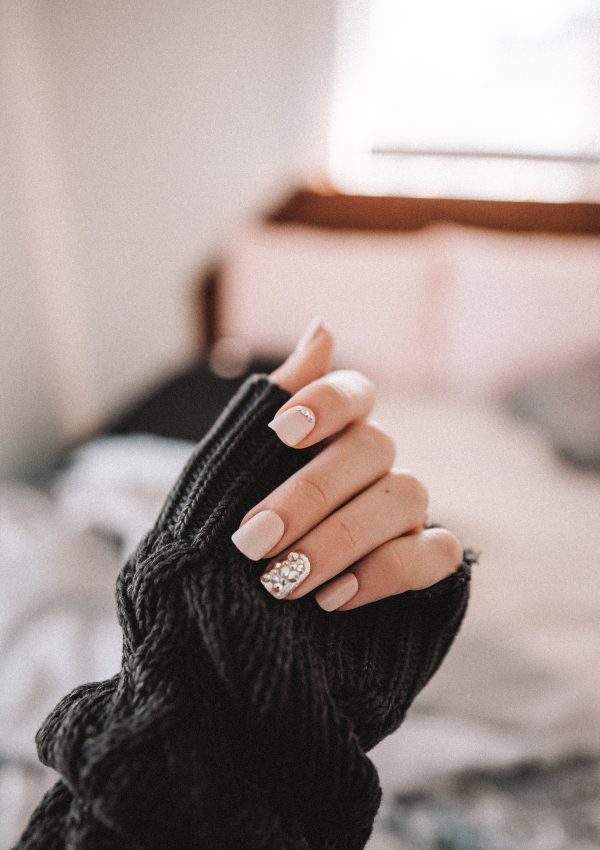 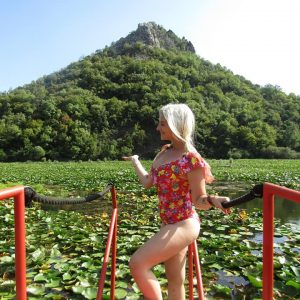 My Great Montenegro Tour with 360 Monte