The moment I arrived at my aunt and uncle’s house in the tiny town of Barga, Italy, and they told me that there was a local winery offering tastings, I knew I had to go. I mean, wine tasting in Tuscany?! That’s the dream right?

Over the last 12 months or so I’ve developed quite a liking for wine tasting – not only does it make my wine addiction slightly more socially acceptable, but I also find it fascinating to learn about all the different types of wine and see how each winery differs from one another. Of course, the opportunity to go wine tasting in Tuscany is something that I could not pass up, and so I insisted that we paid a visit to the local Tuscan winery.

La Cantina del Vino Barga is nestled in the Tuscan mountains and is just a 7 minute walk from the centre of Barga. Despite its proximity to the little town, La Cantina del Vino is a haven of tranquility, and taking a seat in the garden, I felt like I was a million miles away from anywhere.

Our two hosts for the afternoon were Vanda, a Scottish Italian, and Eduardo, who has been in the Barga wine business for 15 years but has only recently moved from his shop in the town centre to his new cantina, something that is evident from the work going on there (Eduardo is building a new wine cellar and camp site and sprucing up the grounds for the wedding parties that will be taking place there over the summer!).

After showing us around the grounds of La Cantina del Vino and enthusiastically telling us about his future plans for the land, Eduardo took us inside, through the main shop and into a back room full of metal vats. Our Tuscany wine tour had truly commenced!

‘This is table wine. People come here with their own 5L bottles and fill them up,’ he said, pointing to the €2.30 price tag stuck onto one of the vats. ‘We have many many different kinds of table wine,’ he said, gesturing to the vats.

Eduardo didn’t need to tell me just how successful this system of selling wine in bulk to the locals is. Back when I visited Barga back in 2011, my aunt was already a regular customer of Eduardo’s, often purchasing 5L decanters of wine from his old store in the town centre. Since then, Eduardo’s popularity among the locals has only grown, and we saw a few people arrive with empty plastic bottles on our visit, only to leave with them full to the brim.

It made me really happy to see this. Not only did it mean that we were clearly at a respected establishment, but it always makes me smile to see citizens supporting small local businesses rather than buying everything from the supermarket.

However, as lovely as my little tour had been, it was time to get down to business – drinking wine.

Janet and I returned to our table in the sun where my Uncle David was sitting, waiting patiently for the fun to begin. As Eduardo busied himself in the back, Vanda brought out plates of fresh tomato bruschetta, a jar of olives and thin slices of bread with capers and various spreads. She then produced our first wine, a 11.5% bottle of Prosecco, made from the traditional glera grapes.

Now, I am a Prosecco gal through and through, but it must be said that not all sparkling wines are created equal, and this was definitely one of the better Proseccos that I’ve had. Not only did it not have a super sharp taste, but it was only slightly bubbly, meaning that I could really appreciate the flavour.

Next on the list was a special wine. Vanda told us that if we liked, we could try a red wine that had been aged in oak for 8 months, before ageing for a further 3 months in the bottle. She explained that it would cost an additional €15 to open it (the original price of the tour was €15), but that whatever we didn’t drink would be ours.

As I’m not a huge red wine lover, I declined to spent the extra cash on something that I knew I wouldn’t fully be able to appreciate, but Janet and David decided to go for it, and so Vanda poured some into a decanter and told them that they should let it breathe for a while before drinking it.

After allowing the wine to breathe for a while, they each poured a glass and began to drink. Even I had a sip and my verdict was that I didn’t hate it, which is really very good coming from me! The wine was called Montepulciano Toscano and was made from two different types of grape – Sangiovese (80%) and Canaiolo (20%).

Next on our list was a white wine from Lucca named Vermentino Toscano. This wine was made from Vermentino (70%), Malvasia (10%) and Trebbiano (20%) grapes and had a lovely fruit flavour and floral scent – needless to say, it went down a treat.

As we drank, Eduardo and Vanda continued to bring small plates of food to us and it wasn’t long before the table was full of bruschetta, cheese and honey, bread with a tomato, basil, garlic and bayleaf spread, and some cold meats. Janet and I were sorry that we’d had lunch before we arrived as we weren’t able to pig out as much as we would have liked, but it definitely helped having some food around to soak up all the alcohol – we were decidedly tipsy by this point, and it was barely 5pm!

Our next tasting on our Tuscany wine tour was a rose wine named Fattoria Sardi. As Eduardo excitedly explained that this was a wine made from pressed white berries that had been picked by hand and kept in a barrel for 4 months, we all took a sip of the wine and agreed that while we could definitely taste the berries, it also left a lingering taste under the tongue, almost like a lemon zest.

After I finished my glass of rose, Eduardo asked me whether I’d like some more Prosecco – at first I said yes, but after eyeing the unfinished bottles of white wine and rose on the table that I knew were ours, I hastily declined! As Janet and David finished their bottle of red, I helped myself to extra helpings of both the rose and white, knowing full well that I was going to regret consuming this much wine later in the night (spoiler alert – I did).

The final wine that we got to try was a sweet dessert wine, a fruity Moscato that was a little too sweet for me but of course, sweet is to be expected with a dessert wine! I had a couple of sips and then moved back onto the rose!

So, what are my final thoughts on wine tasting in Tuscany at La Cantina del Vino?

This Tuscany wine tour was my fourth foray into wine tasting and I thoroughly enjoyed it. While some wine tastings can feel a little stiff and corporate, my time at La Cantina del Vino felt less like a formal tasting and more like casual drinks in a friends’ (very beautiful) garden.

Vanda and Eduardo made us feel very at home and welcomed us in immediately, despite us not having a reservation. The wine flowed freely and the nibbles provided were simple but delicious. It’s impossible to say whether this is one of the best wineries in Tuscany, as it’s the only winery in Tuscany that I’ve visited (so far!) but the wine was excellent, the service was second to none, and the price was more than fair.

If you find yourself in Barga, or even the wider region of Tuscany, I highly recommend paying a visit to La Cantina del Vino. Our afternoon with Eduardo and Vanda was wonderful and I’ll definitely be heading back the next time I’m in Barga!

If you’d like to know more about La Cantina del Vino then please visit their website here. I would like to note that although their website states that the tastings must be in groups of 10 or more, we were only 3 and we were not turned away. When I asked Eduardo about this, he said that groups of any number are fine (not entirely sure why their website says otherwise). Their website also says that there should be an ‘intention to purchase’ the wine tasted. To be honest, this struck me as quite off-putting and I can understand why people reading this may not want to pay La Cantina del Vino a visit based on this. All that I can say is that we felt absolutely NO pressure to purchase anything while we were at La Cantina del Vino other than the wine tasting that we’d signed up for. The only time we were asked if we would like to buy anything is with the oak-aged bottle of red, and even then Vanda was in no way pushy about it.

How much did my Tuscan wine tasting at La Cantina del Vino cost?

The wine tasting was €15 and an extra €15 for the bottle of red that my aunt and uncle purchased. The other wines would have cost €5-6 if we wanted to purchase additional bottles of them.

For the amount of wine that we got, I think that this is exceptional value and I’d definitely encourage my fellow budget travellers to pay a visit to La Cantina del Vino if you find yourself in Tuscany!

Have you ever been wine tasting in Tuscany? Perhaps you’ve actually been to La Cantina del Vino itself! Let me know your recommendations and experiences in the comments section below!

Don’t forget to pin this article if you enjoyed it as it helps me a lot! 🙂 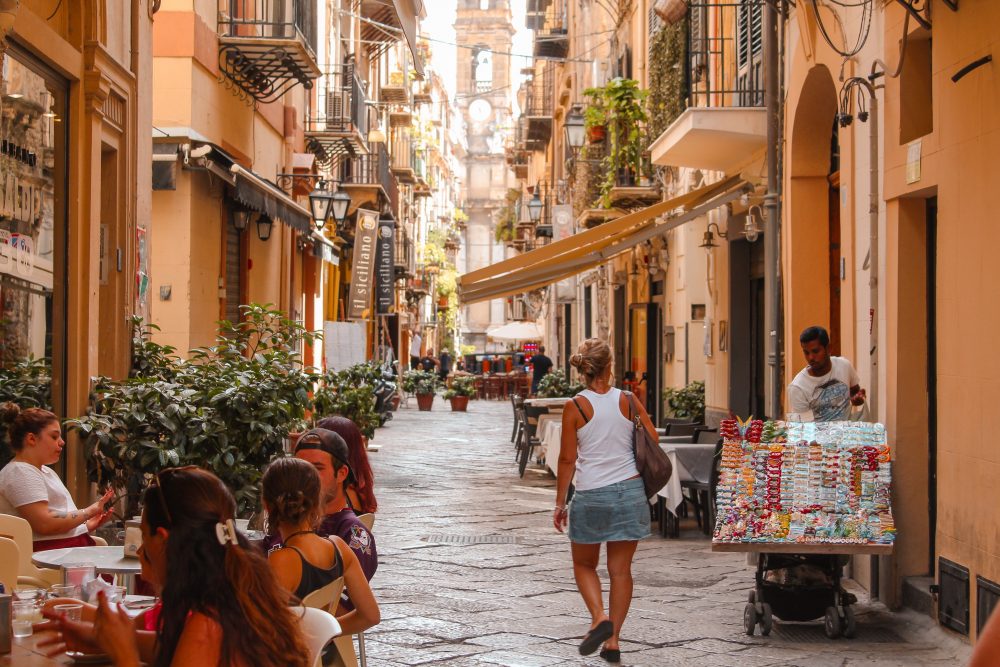 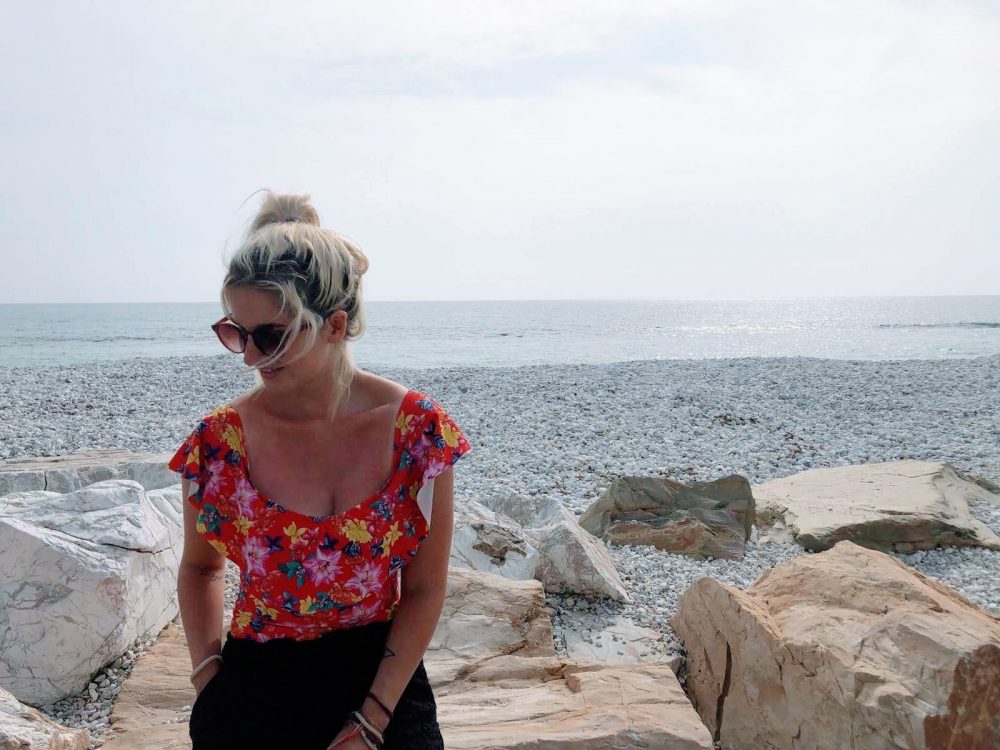 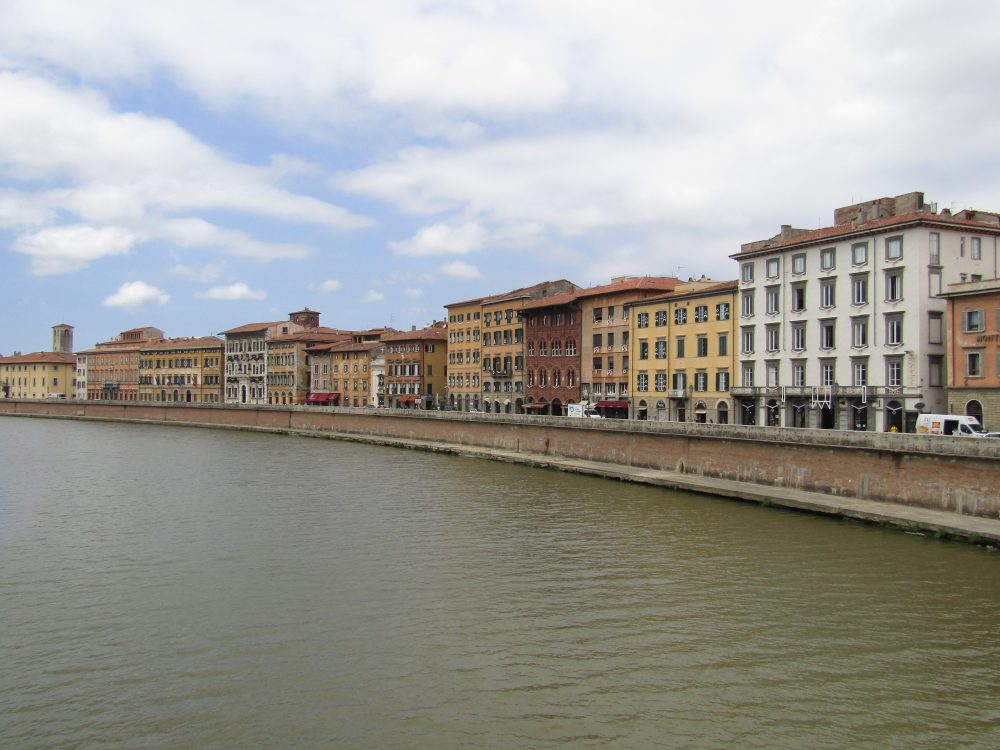 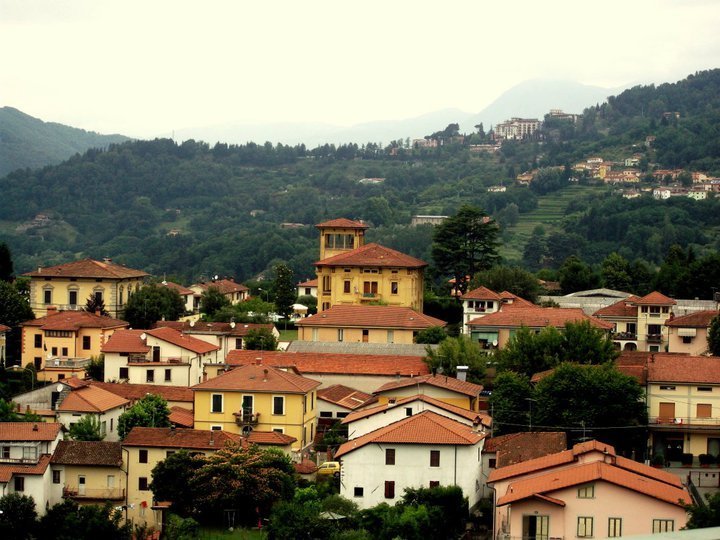 Barga Travel Guide – Is this the Most Charming Town in Tuscany?