Everybody that I know in Palermo, both Sicilian and expat, laughs at how much I adore La Vucciria.

Seriously, if I could scoop up this little corner of Palermo and transport it with me everywhere I go, I would.

You see, while almost every other article and guide to Palermo will tell you that La Vucciria is simply one of Palermo’s historical street markets, it is so much more than that, and even the people who despise Vucciria will agree with me on that one.

Yes, you can buy jars of olives and giant tomatoes here, but you can also drink blood wine, discover Palermo’s infamous street foods, and encounter some of the most colourful characters imaginable.

So, if you’re planning a trip to Palermo (or if you’re already in Palermo), and want the inside scoop on this weird and wonderful place, just keep reading 😉

Here’s everything you need to know about La Vucciria market, Palermo.

What is La Vucciria not?

I want to begin by outlining what La Vucciria is not, because 99% of the information online describes a Vucciria that simply does not exist anymore.

La Vucciria, which translates to ‘confusion’ or ‘chaos’ in Sicilian, is an ancient market which dates back over 1000 years, when North Africans had invaded Sicily.

It is located close by the stunning Piazza San Domenico, but La Vucciria itself is very dilapidated and ramshackle (although when I visited in October 2022, renovations were being carried out).

In years gone by (and as recently as the early 2000s), La Vucciria functioned as a typical Sicilian street market, with vendors waving their hands, yelling over one another, and throwing their fish slop down onto the cobbled streets where it would (hopefully) run into the gutters.

Stalls would have been haphazard and would have sold every type of spice and vegetable imaginable, and then some.

You see, markets in Sicily, and the bartering culture that goes hand in hand with them, are very much like Arab souks, often labyrinthine and resembling an Aladdin’s cave of hidden treasures.

This is not what La Vucciria is.

If you want a hectic, authentic, Sicilian market experience, head to the nearby Palermo markets of Il Capo and Ballarò, which are still very much functioning in the way that they always have been.

Similarly, if you want to try your hand at haggling and be in with a chance of coming home with the freshest (and cheapest) products in the city, avoid La Vucciria and head to Palermo’s other famous markets.

What is La Vucciria?

Now we’ve cleared up any speculation around what La Vucciria is not, let’s talk about what it is, because it is undeniably one of the biggest tourist attractions in Palermo.

While it is technically still a market, those who visit expecting a bustling food market often leave disappointed.

Likewise, those who visit La Vucciria in the daytime (the majority of tourists), usually leave feeling perplexed as to why they have even bothered to come here.

You see, until the sun goes down, there is really not that much happening in La Vucciria.

There will usually be a few wizened old men gathered around a wooden table gambling and smoking cigarettes, and you may see a friendly street dog or two.

In the last couple of years, one or two souvenir stalls have popped up selling cheap plastic toys, The Godfather t-shirts (please DON’T walk around Sicily wearing one of these) and tacky fridge magnets.

That’s what you get if you come to La Vucciria looking for a market.

However, what you also get in La Vucciria are legendary bars serving the cheapest booze in the city, sizzling Sicilian street food that you will not find anywhere else, chic aperitivo joints and craft beer bars, oysters on ice, and people from all walks of life looking to have a good time.

You see, La Vucciria is one of the best Palermo nightlife spots, and it attracts everyone from middle-class hipsters to broke university students, befuddled tourists, and of course, the local drunks.

As the evening continues, La Vucciria becomes louder, more crowded, and more fun, and if you’re keen to dive into my favourite Palermo nightlife spot, just keep reading to find out which are the best places to eat and drink in La Vucciria.

Eating and drinking in La Vucciria

While the beauty of La Vucciria is just the atmosphere of the place as a whole, there are definitely places that I would recommend visiting over others.

With that being said, Google Maps is not accurate or up to date with most of the establishments in La Vucciria.

Sicilians in general don’t place too much emphasis on having an online presence, but especially in La Vucciria, many places don’t even have a name.

One thing that I would like to make note of is that the other articles about La Vucciria mention Piazza Garraffello as the main party spot, and while that certainly used to be the case, it is no longer true. I have been coming to Palermo for 4 years, and Piazza Garraffello has not been a place to party during that time.

Ciwara – Ciwara is an African restaurant specialising in Senegalese and Gambian cuisine. Many Senegalese and Gambian people live in Sicily, and Ciwara is a cultural association as well as a restaurant, promoting African culture. The food is incredibly tasty, reasonably priced, and the service is great as well. On Sundays* the staff and their friends play traditional music and dance, and it always draws a good crowd.

*this could have changed, but it certainly used to be Sundays, because the rest of La Vucciria is closed on Sundays.

Rocky Basile – Rocky Basile is a man who, come rain or shine, serves up the infamous pani ca meusa, the Palermo spleen sandwich, from his tiny stall. While it might not sound appealing, I can promise you that it tastes great, and Rocky is the best man in Palermo to get this legendary sandwich from. Unfortunately, as a tourist, you may be charged the ‘tourist price’ for your sandwich, but it’s not that much more, and I really don’t see any issue with locals on local wages paying a bit less. You can find Rocky Basile either on Piazza Caracciolo or on Via Roma, at the entrance to La Vucciria.

Al Tentacolo – If you want an authentic Sicilian experience then head to Al Tentacolo on Piazza Caracciolo, where all of the seafood imaginable is set out on ice for you to take your pick from. Whether you want a typical fritto misto (mixed fried plate), grilled octopus, or gigantic fresh oysters, grab a beer and get seated on the plastic seating outside Al Tentacolo and dig in.

Ai Bagnoli – Ai Bagnoli is right next door to Ciwara and is one of the new kids on the block. Serving up fancy cocktails and delicious aperitivo platters (where you pay a fixed price for a cocktail of your choice and a plate of food) that can be made vegetarian or vegan on request. This is a great place to start your evening and people watch as La Vucciria comes to life.

Vucciria Alcolisti per Passione – Not the best place to sit down and eat (many reviews complain about bad customer service), but this used to be my go-to place for grabbing an arancina if I was in a rush and just wanted something quick. Just point at what you want from the food on display and it’s yours in just a couple of minutes. They also serve cold 1 EUR beer.

Dadalia Osteria – The food here is decent (but not the best you’ll ever eat), and a large beer costs 5 EUR, which is WAY over the odds for Palermo. With that being said, the waiters are so friendly (and have been working there for years), and it’s a great place for a reasonably priced lunch. I’ve been here many times.

Taverna Azzurra is the oldest and most legendary bar in La Vucciria, and is still cherished by weathered old Sicilian men, who spend their entire day here. At night, it livens up as students begin pouring in, and is considered the best bar on the street (which is a feat, as Via Maccheronai is full of bars!).

This is also the place where you can buy Sangue (sweet ‘blood’ wine), although I’d be lying if I said I hadn’t witnessed staff pouring people’s half empty glasses back into the barrel…

With that being said, in La Vucciria, the party is on the street, and so it really doesn’t matter which bar you go in, because you’ll literally be grabbing a beer and heading outside.

For this reason, I recommend one of the bars opposite Taverna Azzurra because you’ll get served way faster (seriously, Sicilians refuse to go into any bar other than Taverna Azzurra, so the other bars never have a queue), and Taverna Azzurra sometimes charges tourists more (50 cents or so).

Once or twice I got charged a tourist price in Taverna Azzurra, but once they recognised that I was hanging out with locals, that stopped. However, I never got charged tourist prices at the other bars.

In terms of other bars in La Vucciria, the pop up shot bars in Piazza Caracciolo are cheap and a lot of fun.

While Palermo as a whole is safe, La Vucciria tends to be a place favoured by pickpockets (as all crowded places are).

Keep a close eye on your belongings (La Vucciria is not the place to bring your laptop or carry your wallet in your back pocket), leave your bank card at home and don’t bring too much cash out.

People in La Vucciria are very friendly and open to meeting new people, so don’t cast everybody with an eye of suspicion. Just be vigilant and don’t get so drunk that you don’t know your way home.

A word of caution…

Although La Vucciria is one of MY favourite places on earth, my boyfriend hates it, and he isn’t alone.

La Vucciria is the marmite of Sicily, and people truly do love it or hate it.

Those who love it adore the authentic and accepting vibe, the shabby chic buildings and the unpretentious nature of it all, whereas those that hate it only see the dirtiness (don’t wear open sandals here…), the smells and the grunginess.

La Vucciria is not for everyone, and I’m not promising that you’ll enjoy it there.

What I can promise, is that this guide has been absolutely stuffed full of more information and specifics about La Vucciria than anything on the internet right now, and so if you don’t manage to enjoy it with the help of this post, you probably never will!

You may also enjoy my post about reasons to visit Palermo.

That’s all for now, but as always, if you have any questions, don’t hesitate to leave them in the comments section below! 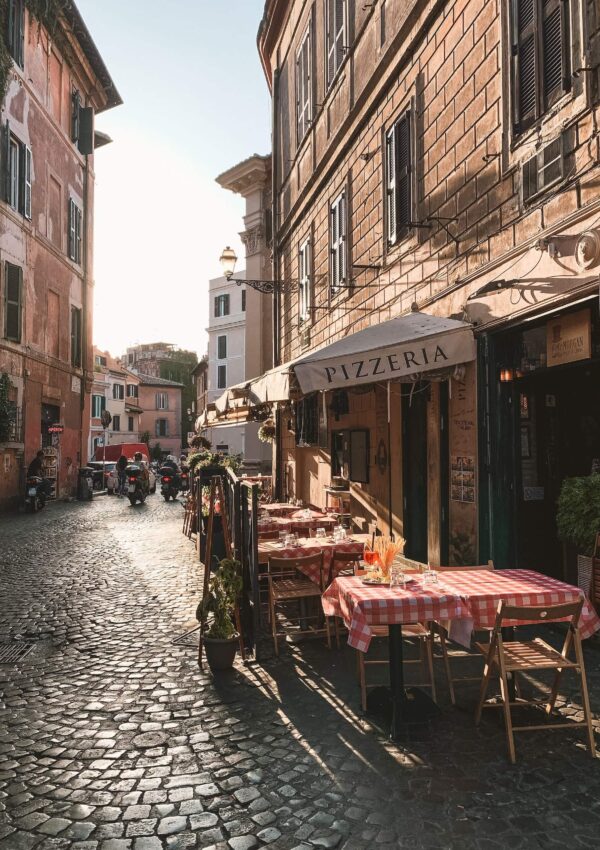 Rome in Winter: A Guide to the Eternal City in the Off-Season 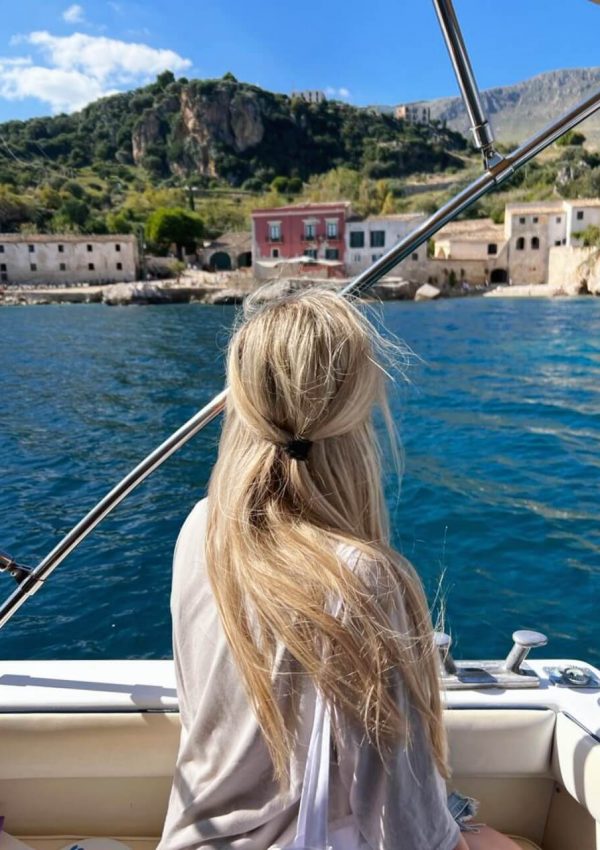 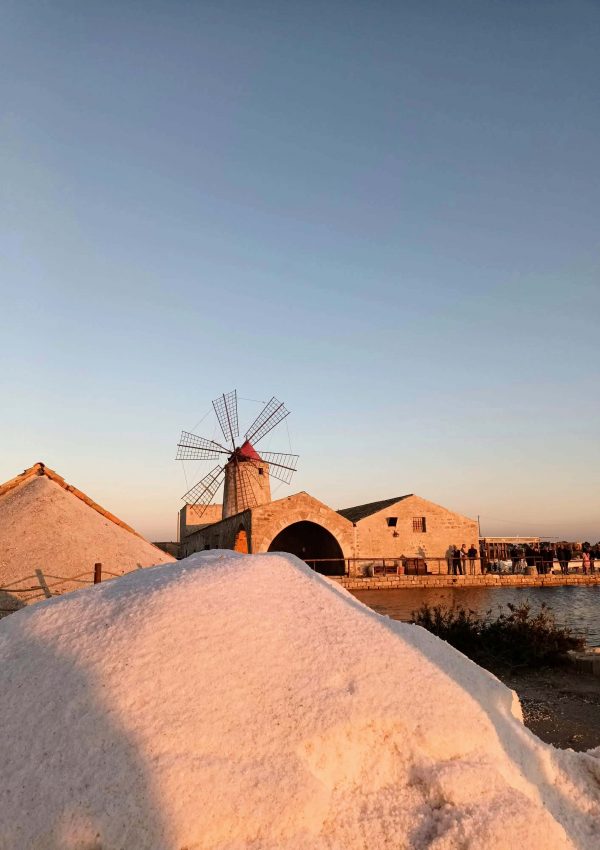 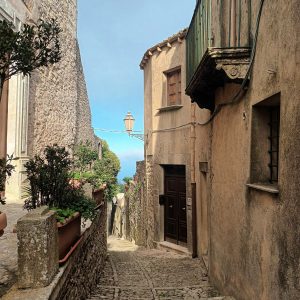 Erice, Sicily – A Guide to the Enchanting Medieval Town of Erice